BRANDON TAYLOR, the senior editor of Electric Literature’s Recommended Reading and a staff writer at Literary Hub, presents his debut novel REAL LIFE, about a young black graduate student navigating racial, class, and sexual tensions in a Midwestern university town. Named one of the most anticipated books of the year by multiple publications, REAL LIFE is a novel of startling intimacy, violence, and mercy among friends from an electric new voice.

A novel of rare emotional power that excavates the social intricacies of a late-summer weekend—and a lifetime of buried pain. Almost everything about Wallace, an introverted African-American transplant from Alabama, is at odds with the lakeside Midwestern university town where he is working toward a biochem degree. For reasons of self-preservation, Wallace has enforced a wary distance even within his own circle of friends—some dating each other, some dating women, some feigning straightness. But a series of confrontations with colleagues, and an unexpected encounter with a young straight man, conspire to fracture his defenses, while revealing hidden currents of resentment and desire that threaten the equilibrium of their community.

REAL LIFE is a gut punch of a novel, a story that asks if it’s ever really possible to overcome our private wounds and buried histories—and at what cost.

“A blistering coming of age story…[Taylor] is so deft at portraying the burdens that befall young queer people of color and the forces that often hamper true connection.” —Oprah Magazine

“There is writing so exceptional, so intricately crafted that it demands reverence…Truly, this is stunning work from a writer who wields his craft in absolutely unforgettable ways.” —Roxane Gay

BRANDON TAYLOR is the senior editor of Electric Literature’s Recommended Reading and a staff writer at Literary Hub. His writing has received fellowships from Lambda Literary Foundation, Kimbilio Fiction, and the Tin House Summer Writer’s Workshop. He holds graduate degrees from the University of Wisconsin-Madison and the University of Iowa, where he was an Iowa Arts Fellow at the Iowa Writers’ Workshop in fiction. 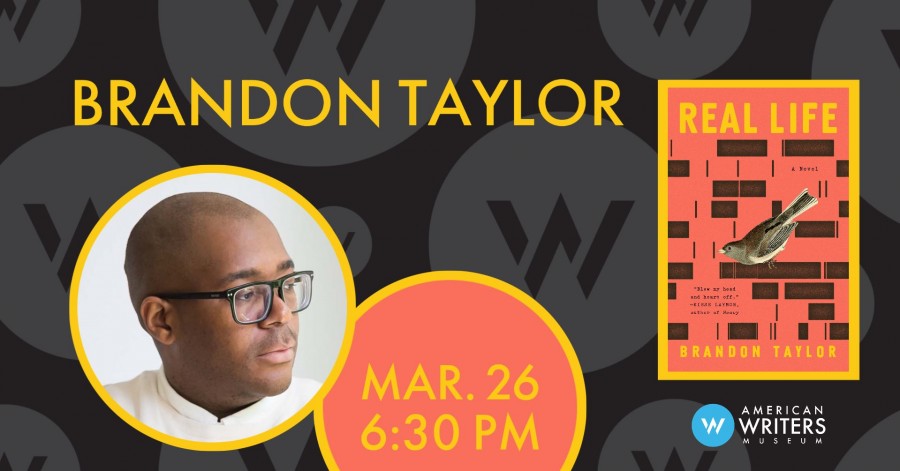