This Event has been canceled.

Join us for a conversation with renowned poet Natalie Diaz and visual artist Ann Hamilton moderated by United States Artists President & CEO Deana Haggag. Among their many accolades, both Diaz and Hamilton have received Fellowships from the MacArthur Foundation and United States Artists for distinguished work within their fields. Diaz is a Mojave-American poet whose works include her first poetry collection WHEN MY BROTHER WAS AN AZTEC (2012), which NEW YORK TIMES reviewer Eric McHenry described as an “ambitious … beautiful book” and POSTCOLONIAL LOVE POEM, which will be published in March 2020. Hamilton is a visual artist who emerged in the early 1980s and is known for the sensory surround of her large-scale site-responsive installations, performance collaborations, print media, and public projects. 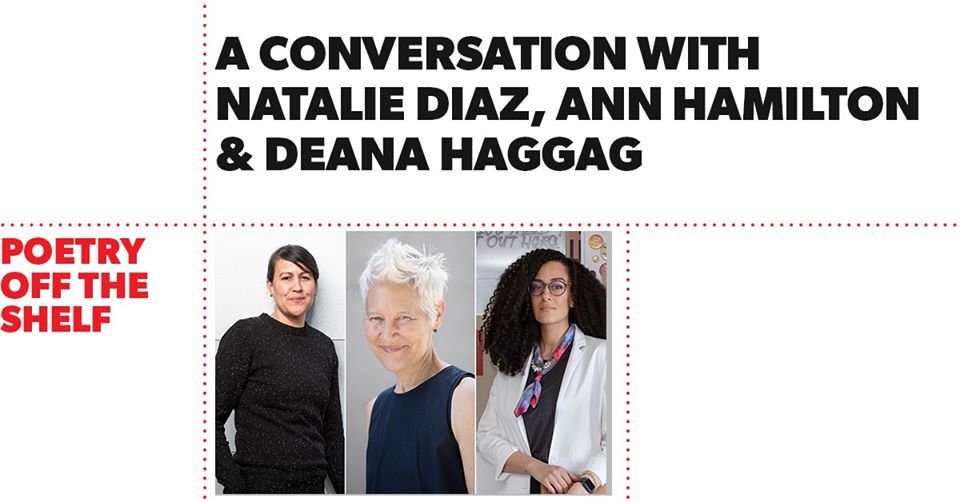