Chuck Tatum (Kirk Douglas), a down-on-his-luck amoral newspaper reporter has bounced across the country from job to job. He takes a job with a small New Mexico newspaper but finds that there’s not much in the way of pressing news. The post appears uninteresting until he catches wind of a treasure hunter (Richard Benedict) trapped in an old Indian dwelling mineshaft, and turns the story into a media sensation.
Soon Tatum is using unscrupulous tactics to draw out the situation, an approach that comes back to haunt him.

Ashley Cooper is a Location Coordinator for film and TV productions based in Chicago. She is a cinephile who has a passion for classic American cinema.

This is a FREE screening with limited seating; please come early to save a seat. 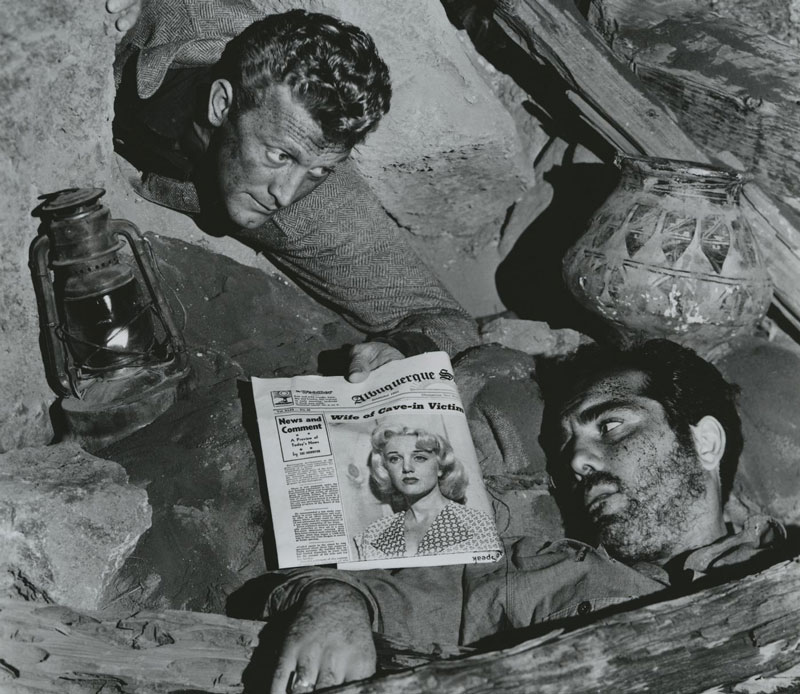