The Past is Present: Artist Talk with William Blake & Paul Durica

On view through Friday, February 28th

Mine Eyes Have Seen the Glory is William Blake’s first Chicago exhibition. At only 28 years old, William has participated in over 40 Civil War reenactment events usually as the artist correspondent Winslow Homer. Immersing himself completely in the experience, he constructs period clothes, camps on battle fields and documents the reenactments in the way that Homer documented the war. The resulting paintings reverberate the past with respect and with a desire to educate, honor, and play. With each annual iteration of American Civil War reenactments, the reanimation of the past encourages a review of history and aids in its continuous revision.

William Blake lives in the Chicago area. His work has been published in Fine Art Connoisseur, New American Paintings #119, and the Chicago Tribune. He holds a Bachelor of Fine Arts from the University of Illinois and a Master of Fine Arts from the Tyler School of Art at Temple University. He has been a resident artist at the Berkshire Painting Residency in New York as well as the Vermont Studio Center. He will be the Artist in Residence at the Gettysburg National Park this summer.

Paul Durica’s involvement in the cultural life of Chicago is extensive. A literary scholar with a focus on Chicago history and culture, Durica previously held positions at the University of Chicago and the Arts Club of Chicago. He has led walking tours, organized historical reenactments, and given lectures on a range of subjects relevant to the city, including the Haymarket bombing, Studs Terkel, and the changing landscape of Chicago’s neighborhoods. He’s also consulted on public programming for the Field Museum, the Chicago History Museum, and the Newberry. 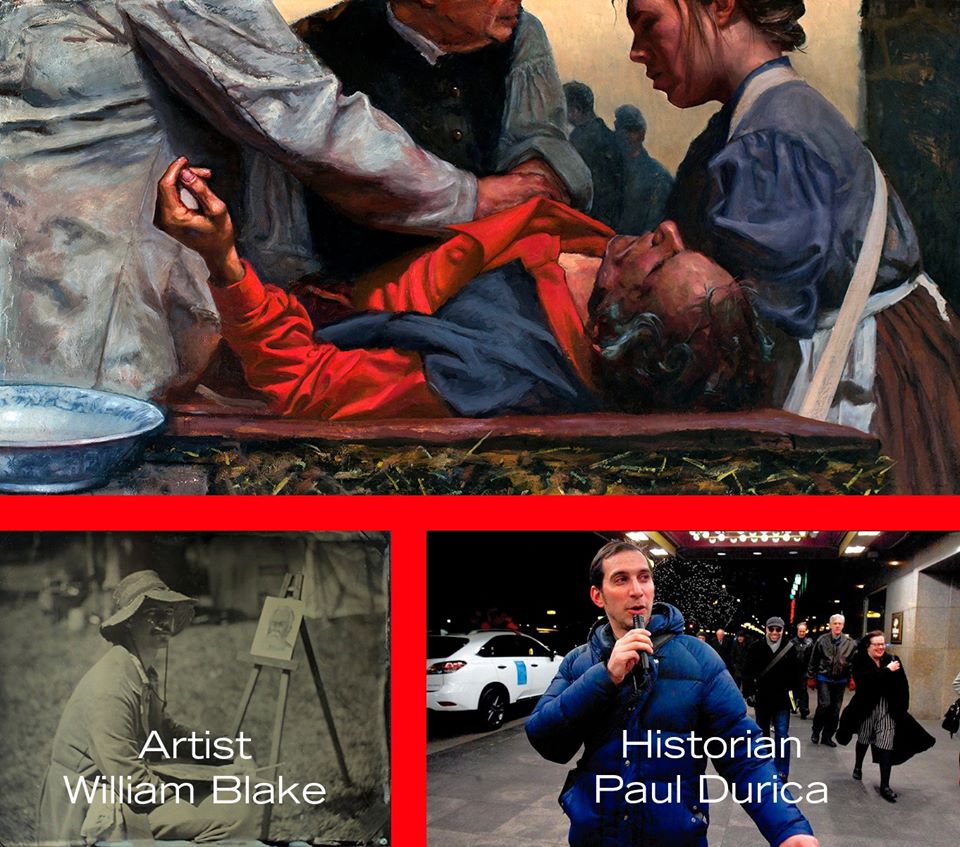