Ronak Kapadia discusses “Insurgent Aesthetics: Security and the Queer Life of the Forever War.” He will be joined in conversation by Sampada Aranke and Sophia Azeb. A Q&A and signing will follow the discussion.

Presented in partnership with the Center for the Study of Race, Politics and Culture (CSRPC)

About the book: In “Insurgent Aesthetics” Ronak K. Kapadia theorizes the world-making power of contemporary art responses to US militarism in the Greater Middle East. He traces how new forms of remote killing, torture, confinement, and surveillance have created a distinctive post-9/11 infrastructure of racialized state violence. Linking these new forms of violence to the history of American imperialism and conquest, Kapadia shows how Arab, Muslim, and South Asian diasporic multimedia artists force a reckoning with the US war on terror’s violent destruction and its impacts on immigrant and refugee communities. Drawing on an eclectic range of visual, installation, and performance works, Kapadia reveals queer feminist decolonial critiques of the US security state that visualize subjugated histories of US militarism and make palpable what he terms “the sensorial life of empire.” In this way, these artists forge new aesthetic and social alliances that sustain critical opposition to the global war machine and create alternative ways of knowing and feeling beyond the forever war.

About the author: Ronak K. Kapadia is Associate Professor of Gender and Women’s Studies and affiliated faculty in Art History, Global Asian Studies, and Museum & Exhibition Studies at the University of Illinois at Chicago. Currently, he is a 2019-2020 Visiting Scholar at the Asian/Pacific/American Institute at New York University. An interdisciplinary cultural theorist of race, security, sensation, and empire in the late 20th and early 21st century United States, his broader research fields include critical ethnic studies; race radical and transnational feminisms; queer of color critique; Arab/Muslim/South Asian diasporas; national security and surveillance; critical prison and military studies; visual and performance studies; affect and new materialisms; and US Empire.

He is co-editor of the 2017 special issue of Surveillance and Society on race, communities, and informers, and a work on his second book project, tentatively titled “Breathing in the Brown Queer Commons,” which develops a critical theory of healing justice in the wilds of imperial decline and ecological chaos.

About Sophia Azeb: Sophia Azeb is a Provost’s Postdoctoral Fellow in the Department of English Language and Literature at the University of Chicago. Her current book project, “Another Country: Constellations of Blackness in Afro-Arab Cultural Expression,” theorizes how Blackness is imagined, translated, and mobilized by African American, Caribbean, African, and Afro-Arab writers, artists, and political figures in twentieth-century North Africa and Europe. Her writing on politics, popular culture, and the arts have appeared in the Chimurenga Chronic, The Funambulist, the Verso Books blog, Africa Is A Country, The New Inquiry, and elsewhere. 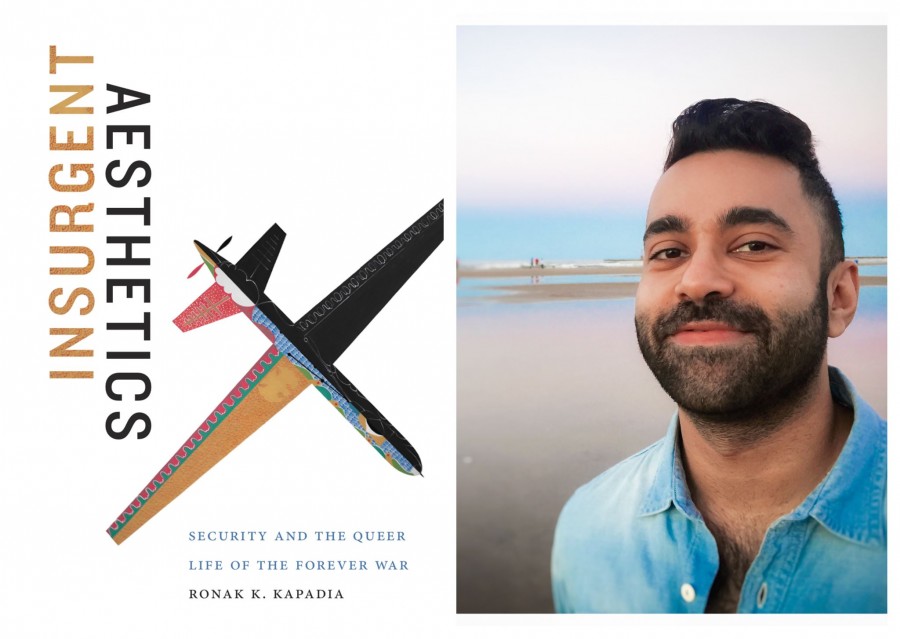