Let the wild rumpus begin! South Shore Arts is proud to announce the Northwest Indiana presentation of a nationally-touring exhibit celebrating the 50th anniversary of acclaimed author and illustrator Maurice Sendak’s best known work, “Where the Wild Things Are.”

South Shore Arts brings “Maurice Sendak: The Memorial Exhibition,” a visual record of Sendak’s artistic and literary legacy, to the Center for Visual & Performing Arts, 1040 Ridge Road, Munster, Indiana, February 14 through April 12, 2020. Organized in 2013, the exhibit has been seen at over 40 venues across the U.S., including Chicago’s Museum of Science & Industry and the Disney Family Museum in San Francisco.

Maurice Sendak was born in Brooklyn, New York, to Polish immigrant parents. His childhood was deeply impacted at a young age by the deaths of family and friends as a part of the Holocaust. He developed health issues at a young age and was confined to his bedroom for much of his youth. In his isolation, Sendak’s imagination would run wild with ideas that he would bring to life on paper.

At the age of 12, Sendak was taken by his family to see Disney’s “Fantasia,” an experience that would be a driving force impelling him to become an illustrator ever after. Sendak’s first published illustration came in 1947, after which he spent much of his time in the 1950s illustrating children’s books. In 1956, he came out with “Kenny’s Window,” his first written and illustrated book. Sendak would continue writing and illustrating books throughout the 50s until, in 1963, his most famous book, “Where the Wild Things Are,” hit bookshelves, making him a notable illustrator and writer.

The plot of “Where the Wild Things Are” follows young Max, who has been sent to his bedroom without dinner for disobedience. Max escapes to the land of the wild things, where he becomes friends with the native creatures who allow him to be their king. After all the fun, Max begins to miss home and travels back through the wild land and into his bedroom, where dinner is waiting for him.

Unlike most children’s literature of the period, “Where the Wild Things Are” was not a typically happy or light story. The author’s goal was to make Max a realistic boy, sent to his bedroom with an imagination that any child might have after being confined to such a space. Sendak said in an interview, “In plain terms, a child is a complicated creature who can drive you crazy. There is a cruelty to childhood and there is anger. I did not want to reduce Max to the trite image of the good little boy that you find in too many books.”

Maurice Sendak would go on to write over 50 books, including “In The Night Kitchen,” “Little Bear” and “Outside Over There.” All are beautifully illustrated, featuring Sendak’s well-known cross-hatched drawing techniques. In addition to illustrating and writing, Sendak used his talents to produce an animated television production called “Really Rosie,” featuring the voice of Carole King. He also designed sets and costumes for various stage versions of his books, as well as opera productions, including Mozart’s “The Magic of Flute” and Prokovfiev’s “Love for Three Oranges.” In 1983, Sendak designed the stage production of Tchaikovsky’s “Nutcracker.”

Maurice Sendak passed away in 2012 after complications from a stroke. His work in illustration and writing continue to live on, popular with children and adults alike.

Throughout the run of “Maurice Sendak: The Memorial Exhibition,” there will be weekly readings and daily tours of the exhibit that can be scheduled by calling South Shore Arts at 219/836-1839, ext. 108. A free Family Arts Fest will be held on Sunday, February 23, 2020, from 10am-2pm with events and crafts scheduled for children of all ages. The family arts day will be hosted throughout the Center for Visual & Performing arts and will be hosted by Theater At The Center, The Northwest Indiana Symphony and South Shore Arts. All events will be free and open to the public. 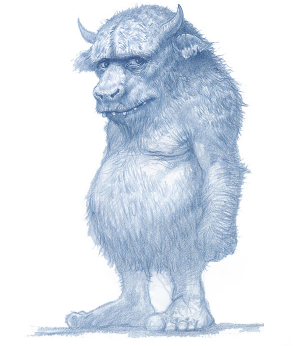