February 29, 2019
Performances at 4, 6, 8 and 10PM
*Space is limited. Please register for a time slot through this link: https://doodle.com/poll/svabw9hue7uzcb2q

table is pleased to announce its first performance, wolfthicket: table, by Philadelphia based artist Lily Kind. For this performance, the artist’s personal improvisational practice will be paired with works from wolfthicket, an ensemble dance theater project Kind started in 2016. the wolfthicket coming to table is a quartet, traversing twelve hours of american pre-mid-west in a large van. The trio consists of Amalia Colon Navara, Evelyn Langley, and wolfthicket director Lily Kind.

wolfthicket is a dance theater spectacle. it is a place: the periphery, the woods, the schoolyard, the basement. it is games of make believe: hopscotch, hand-patting, tennis, music video, sunbathing. it is a world of the women who feed it. wolfthicket is a suite of games, dances, songs, and made-up folk ritual. an optimistic distopia. Or a utopia that’s been around the block. These performers were not grown on industrial farms. Well, some of the short busty ones fled the terrors of dance training industrial complex, others are lanky physical theater performers. All have become clowns. At least one is a certified doula. The choreography dares to take care of both the dancers and the dancing. For their spectacle at table, this wolfthicket is bringing shared creations and imagined performance versions of tennis, hopscotch, and other activities people can do in living rooms, basements, our imaginations, or a kitchen.

Lily Kind is a critically acclaimed choreographer, dancer, producer, and writer. She is an improviser obsessed with travel and dedicated to the local. She teaches, practices, and performs vernacular jazz and lindy hop, primarily as co-director of Ragtag Empire with Heather Houde. She is the assistant director of Urban Movement Arts, Philadelphia’s home for hip hop and American folk dance, launched by Vince Johnson in 2017. She is trained in Flying Low and Passing Through, the dance methods of David Zambrano. Most recently, she participated in 60 Days of Improvisation, hosted by Zambrano at Tic Tac Art Center in Brussels. She has dedicated her thirties to a choreographic adventure called Wolfthicket, exploring girl games and feminine imagination. She has performed in Philly with Chelsea Murphy, Chelsea & Madga, and Mark “B-Boy Metal” Wong. She holds a BA in Interdisciplinary Studies from Goucher College, a certificate from Headlong Dance Theater, and an MFA in Interdisciplinary Arts and Performance Creation from Goddard College. From 2008 – 2015 she directed the Effervescent Collective in Baltimore, Maryland. Her dance writing has been published by Phindie, thinkingDance, and CultureBot. Her work has been described, “a mix that satisfies an urban sensibility with the flavors of an old-school slumber party” (thinkingDance) and “playful but masterful, raw and genuine, drawing the audience in from the very start.” (Philadelphia Dance Journal).

table is a temporary artist-run project space organized by Kyle Bellucci Johanson. table hosts artists for solo shows and long-form discursive meals with invited guests of the artist’s choosing. These discursive meals cultivate primary content for texts in a critical publication documenting each artist’s project. table is an experiment, working between so-called discrete categories of subject and object, public and private, individual and collective, to situate practices and facilitate critical discourse, building community outside of either institution or market. 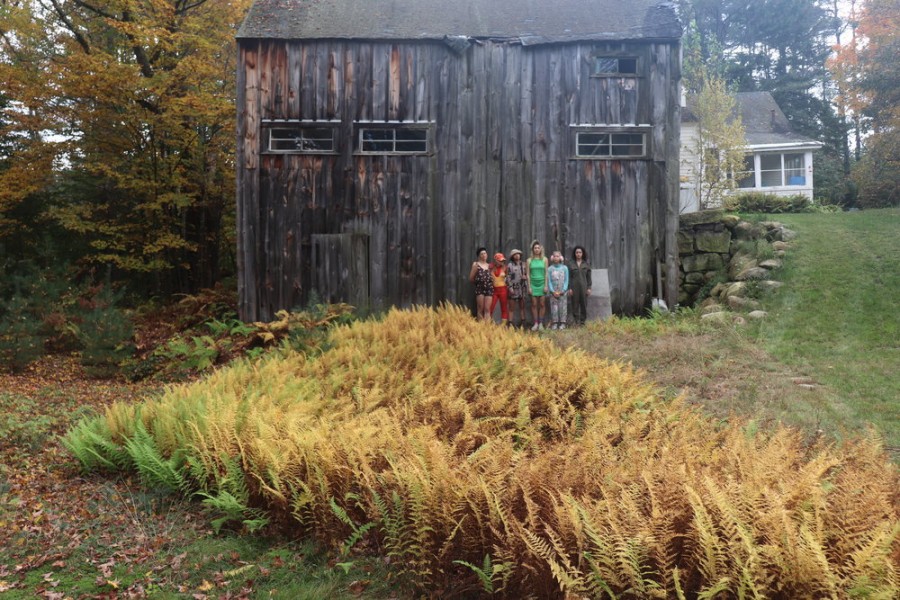