Li-Ming Hu has turned to disco as a lens with which to explore ideas of cultural production and authenticity, the transmission of cultural forms and diasporic and artistic identities (and how one may lose, or profit from such identifications).

🔮 The three windows of Co-Prosperity Sphere will be transformed into three different zones. The chronology of ideas begins in the corner, with a Eurodisco group called Boney M, who were big in LM’s home country of Aotearoa/NZ and much of Europe.

Lori Waxman, renowned art historian and critic who, in association with her project 60 WRD/MIN will write reviews free of charge for artists in need, live over the course of three Saturdays: Feb 1 5-10pm and Feb 11 & 22 from 3-8pm.

Lori will spend 25 minutes looking at submitted work and writing a 200-word review. Thoughtful responses are guaranteed. Completed reviews will be published in the April issue of Lumpen, and will remain on view here throughout the duration of DISCOmbobulation.
For more information, visit 60wrdmin.org. To schedule an appointment, email critic@60wrdmin.org.

//
Li Ming Hu (b. Aotearoa/New Zealand) is an interdisciplinary artist based in Chicago. Often employing a carnivalesque sensibility, her work engages with the imperatives of our high performance culture, and the relationships between cultural production and the construction of subjectivities. Negotiating boundaries is a constant endeavor – between appropriate and inappropriate types of performance and appropriation, performance and documentation, tragedy and comedy, success and failure, art and life.

DISCOmbobulation is the first *Co-Prosperity Peers* exhibition. Co-Pro Peers is a series of solo shows taking place in the three front windows of Co-Pro, and was initiated by the Co-Prosperity Programming Council. 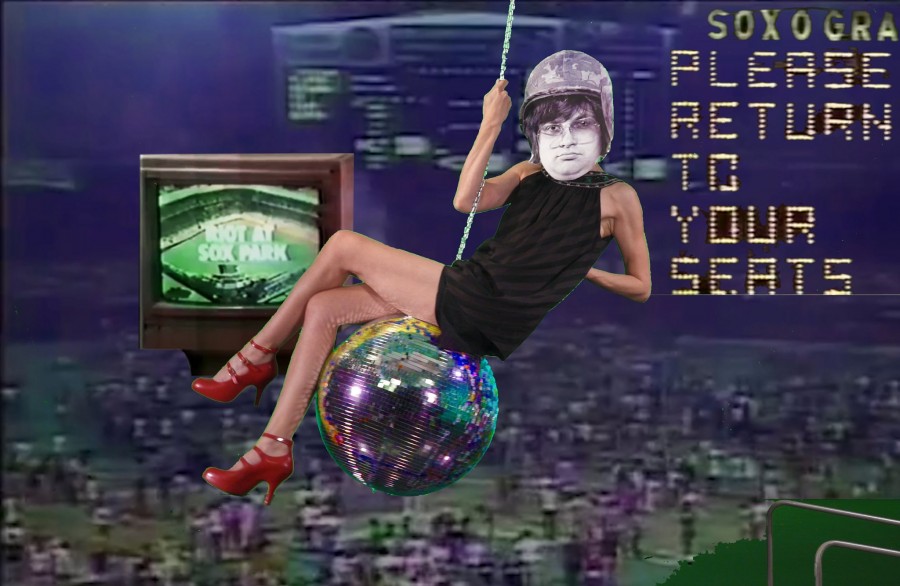