Joshua Myers: We Are Worth Fighting For

“Like the students whose stories populate its pages, ‘We Are Worth Fighting For’ provides a challenge. It challenges conventional narratives about Howard. It challenges understandings of Black student protest in the ’80s. And it challenges the reader to wrestle with the uses and meaning of history. Cover to cover, this book reflects the state of Black Studies—a discipline that has come of age.”—Jonathan Fenderson, author of “Building the Black Arts Movement”

Joshua Myers discusses “We Are Worth Fighting For: A History of the Howard University Protest of 1989.” A Q&A and signing will follow.

Presented in partnership with the Committee on African Studies

About the book: “We Are Worth Fighting For” is the first history of the 1989 Howard University protest. The three-day occupation of the university’s Administration Building was a continuation of the student movements of the sixties and a unique challenge to the politics of the eighties. Upset at the university’s appointment of the Republican strategist Lee Atwater to the Board of Trustees, students forced the issue by shutting down the operations of the university. The protest, inspired in part by the emergence of “conscious” hip hop, helped to build support for the idea of student governance and drew upon a resurgent black nationalist ethos.

About the author: Joshua M. Myers is an Assistant Professor of Africana Studies in the Department of Afro-American Studies at Howard University. He is the author of “We Are Worth Fighting For: A History of the Howard University Protest of 1989” (NYU Press, 2019) and the editor of “A Gathering Together: Literary Journal.”

His research interests include Africana intellectual histories and traditions, Africana philosophy, musics, and foodways as well as critical university studies, and disciplinarity. His work has been published in Critical Ethnic Studies Journal, The Journal of African American Studies, The Journal of Pan African Studies, The African Journal of Rhetoric, The Human Rights and Globalization Law Review, Liberator Magazine, and Global African Worker, Pambazuka, Burning House Press, among other literary spaces.

Tags: Chicago, Hyde Park, Joshua Myers, The Seminary Co-op Bookstores, We Are Worth Fighting For 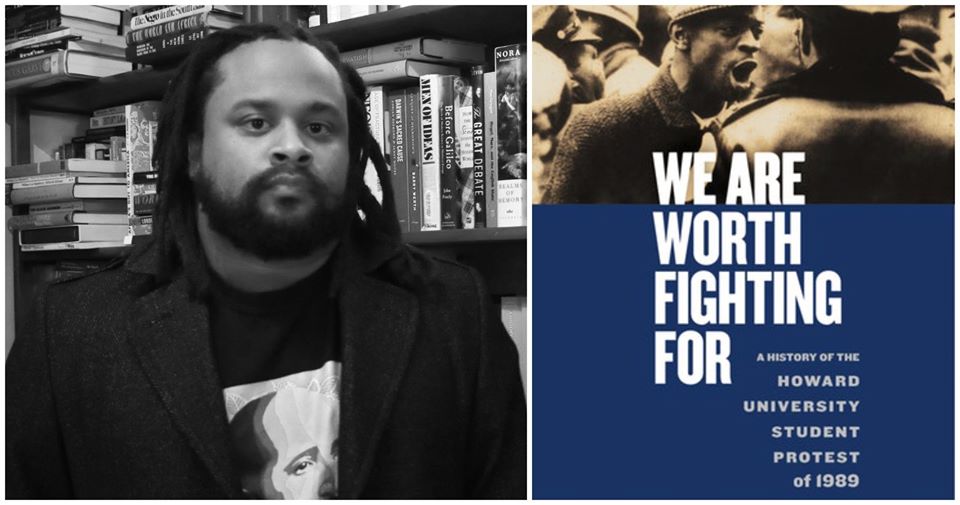