Jeroen Nelemans: I See You Too Young Bear

I See You Too, Young Bear: An exhibition of new works by Jeroen Nelemans
Opening Saturday February 15, 2020, 2 PM to 5 PM
Exhibition runs until Saturday March 21, 2020 with hours by appointment

At BASEMENT: A Project Space, 836 W Cullerton St, Pilsen
Entrance off the alley at Peoria Street

I See You Too, Young Bear.

I think both the computer screen and the monitor were black and placed on top of a yellow desk. The desk was not that big, just wider then it was deep that allowed me to stretch my legs if needed without knocking over the big router just under the desk. I don’t remember the brand name of my video camera, but it had a peculiar shape and a corner so it could stand on its own.

It was in the early 2000’s when ICUII (I see You Too) came out, a free video chat program. ICUII was the first in the industry to have big beautiful 320×240 pixel fast video and the first with Video Instant Messaging. In many ways, these became the hallmarks of the early digital space: a seemingly private, members-only society with its own language, codes and behavior.

Today, I sit behind generic modern-looking table. The table is fairly large and there is no router underneath it. My computer is twice the size and it has become the canvas from which I work in my studio.

The source material unexpectedly came back to my current computer screen almost 20 years later. In many ways, I am reclaiming them, by photographing them, in order to refer to them as a self-portrait series.

I See You Too, Young Bear is a self portrait series that looks back to a period where early cyber spaces allowed for a semi sanctioned embrace of new taboos and the promise of genuine engagement 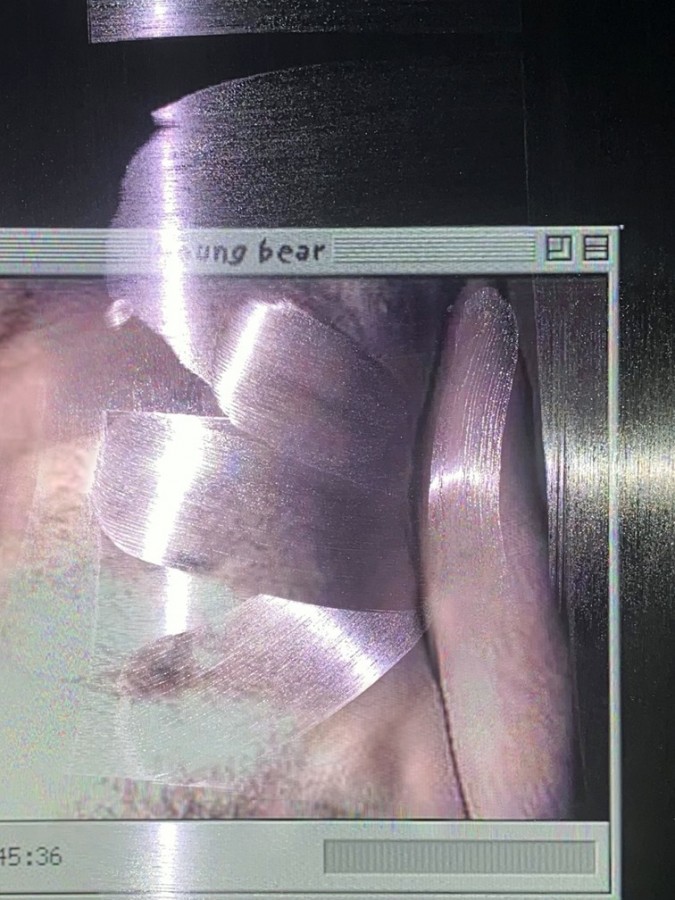