Jean-Ulrick Désert is a visual-artist born in Haiti. Désert’s artworks vary in forms such as public billboards, actions, paintings, site-specific sculptures, video and objects and emerges from a tradition of conceptually engaged practices. Well known for his “Negerhosen2000” performances and his “Burqa Project” as a response to 9-11, his practice may be characterized as visualizing “conspicuous invisibility”. He has exhibited widely at such venues as The Brooklyn Museum, Walker Art Center, Studio Museum of Harlem, Contemporary Art Museum Houston, Bueno Yerba in USA and internationally at the Havana, Martinique, Dakar Biennales, and galleries Savvy Contemporary, Kunstverein-Wolfsburg. He was selected as the solo-artist to represent the Haiti Pavilion in the 2019 Venice Biennale and is currently developing a permanent artwork at Humboldt University Berlin to commemorate the American scholar W.E.B. DuBois.

He is the recipient of awards including Berlin’s Art-senate Research Grant, Villa Waldberta-Munich, Kulturstiftung der Länder, Warhol Foundation via Small Axe Journal, LMCC. His work has been featured in academic books, most recently “Queer!? Visual Arts in Europe” 2019, and journals such as “NKA” established by the late Okwui Enwezor as well as lifestyle magazines such as Harpers Bazaar. Désert is an alumnus of The Cooper Union and Columbia University where he studied architecture. He advises for Trans Arts Institute, a MFA program in Berlin. After a number of years in New York and Paris, Désert established his Berlin studio-practice in 2002. 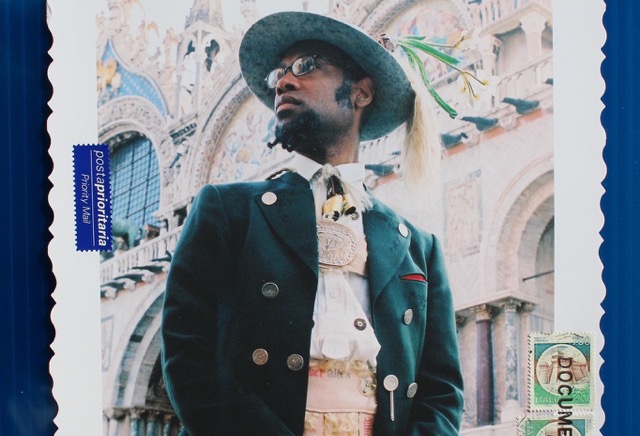