Emil Ferris (BFA 2008, MFA 2010) is a graphic novelist whose first book, My Favorite Thing Is Monsters, has been praised by critics since its publication in 2017. The book presents itself as the lined notebook diary of a preteen self-avowed werewolf who questions her sexual identity. Set in Chicago in the 1960s, the book is autobiographically infused as Ferris—like her protagonist Karen Reyes—was witness to the highly charged political and social climate of that time. The main character is interested in cultural subjects that have profoundly shaped Ferris herself, including B movies of the Hammer variety, Entertaining Comics (EC) horror magazines, and the collection of the Art Institute of Chicago.

This lecture event is free, non-ticketed and open to the public. Doors will open at 5:45 p.m. 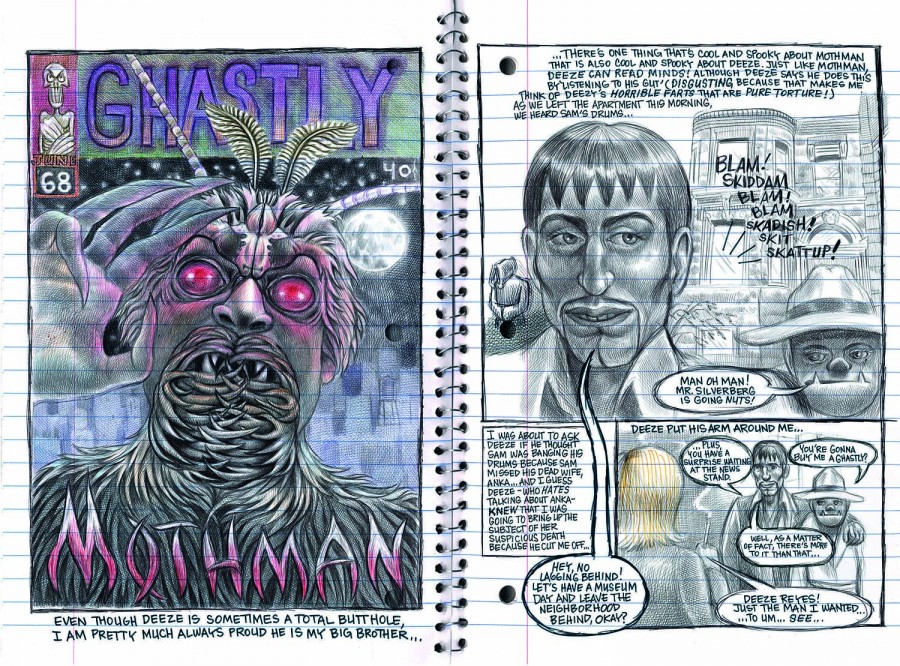