Poet DANEZ SMITH presents their new collection HOMIE. Rooted in the loss of one of Smith’s close friends, this book comes out of the search for joy and intimacy within a nation where both can seem scarce and getting scarcer. Smith is joined by performance poet and writer BRITTENEY BLACK ROSE KAPRI.

Smith is back with their highly anticipated third collection, “Homie,” a magnificent anthem about the saving grace of friendship. In poems of rare power and generosity, Smith acknowledges that in a country overrun by violence, xenophobia, and disparity, and in a body defined by race, queerness, and diagnosis, it can be hard to survive, even harder to remember reasons for living. But then the phone lights up, or a shout comes up to the window, and family—blood and chosen—arrives with just the right food and some redemption. Part friendship diary, part bright elegy, part war cry, “Homie” is written for friends: for Danez’s, for yours.

“An electrifying, unabashedly queer ode to friendship and community…Smith is a visionary polyglot with a fearless voice.”
—Publishers Weekly, starred review

“This book reads as gospel, as righteous text that carves a religion out of friendship…Blessed be Danez Smith, for allowing us that closeness…Smith holds genius in them, and we are lucky that they choose to share it with us so abundantly.” —Fatimah Asghar

“Danez Smith has always been the most talented voice of our generation, but it’s here, in their third collection, that their virtuosic abilities are matched by the ambitiousness of their heart.” —Franny Choi

DANEZ SMITH is a Black, Queer, Poz writer & performer from St. Paul, MN. Danez is the author of “Don’t Call Us Dead” (Graywolf Press, 2017), winner of the Forward Prize for Best Collection, the Midwest Booksellers Choice Award, and a finalist for the National Book Award, and “[insert] boy” (YesYes Books, 2014), winner of the Kate Tufts Discovery Award and the Lambda Literary Award for Gay Poetry. They are the recipient of fellowships from the Poetry Foundation, the McKnight Foundation, the Montalvo Arts Center, Cave Canem, and the National Endowment for the Arts. Danez’s work has been featured widely including on Buzzfeed, The New York Times, PBS NewsHour, Best American Poetry, Poetry Magazine, and on the Late Show with Stephen Colbert. Danez has been featured as part of Forbes’ annual 30 Under 30 list and is the winner of a Pushcart Prize. They are a member of the Dark Noise Collective and is the co-host of VS with Franny Choi, a podcast sponsored by the Poetry Foundation and Postloudness.

BRITTENEY BLACK ROSE KAPRI is a teaching artist, writer, performance poet and playwright from Chicago. Currently she is an alumna turned Teaching Artist Fellow at Young Chicago Authors. She is a staff member and writer for Black Nerd Problems. She is also a board member for the Pink Door Women’s Writing Retreat. She has also been published in Poetry Magazine, Vinyl, Day One, Seven Scribes, the Offing and Kinfolks Quarterly. She is a 2015 Rona Jaffe Writers Award Recipient. Her debut book Black Queer Hoe was released September 4th 2018 through Haymarket Books. 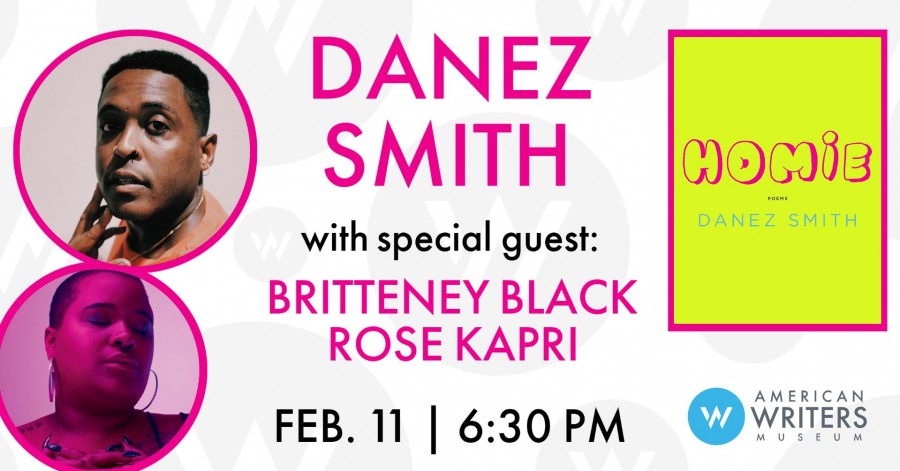