From 1976 to 1983 Argentina underwent the most brutal dictatorship of the country’s history. To this day Argentineans are confronting the legacies of the state terrorism of the ’70s.

Director Silvia Malagrino, in a joint effort with journalist/writer Monica Flores Correa, returns to Buenos Aires to film twenty-two years after leaving Argentina during the so-called “Dirty War.” Vividly depicting contemporary life in the city and recalling events surrounding the time of the military repression in the ’70s, BURNT ORANGES presents compelling accounts of resistance and transformation.

BURNT ORANGES combines a poetic personal narrative with traditional documentary interviews, historical and re-created footage. The narration is based on factual letters written by the director Silvia Malagrino and writer Monica Flores Correa, both friends who fled the country at different times.

Fundamental to the film are the voices of members of Argentine human rights organizations: Mothers of the Disappeared, Grandmothers of the Disappeared, HIJOS (Sons and Daughters of the Disappeared), and also governmental figures of the 1976-83 military dictatorship who explain their position. Other witnesses include the former chief editor of the Daily Buenos Aires Herald -Bob Cox, and Alicia Partnoy -a poet and
a survivor of torture in a detention center. Together, these voices contribute to our understanding of core questions of human action, the potential for creation and destruction, and the necessity of accountability. 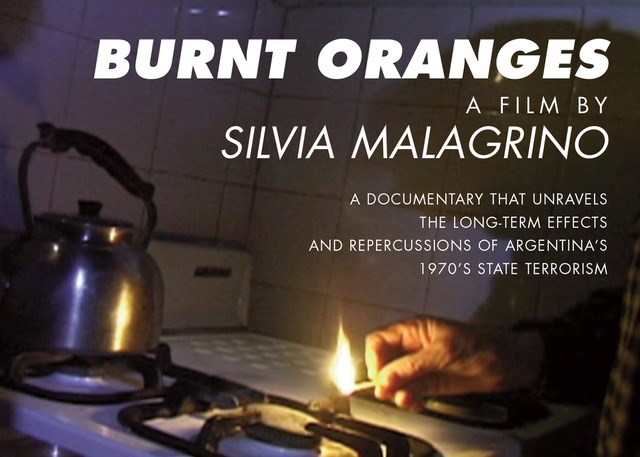