These are objects that when seen, beg to be touched: a cropped image of two bodies power clashing in smooth satin and soft raised corduroy, evenly dispersed across four panels that hide the other side from immediate view; and an immaculately made anatomically sized heart which can be opened to reveal private intimacies of a bedroom. When the ten-foot tapestry stands beside the ten-inch playset, the spectrum of what represents human-scale can help us toggle through ways of reading desire and imagined memory within our own bodies as we look. “If texture and affect, touching and feeling seem to belong together, then, it is not because they share a particular delicacy of scale, such as would necessarily call for ‘close reading’ or ‘thick description.’ What they have in common is that at whatever scale they attend to, both are irreducibly phenomenological.”

Marie Baldwin’s research in and around pop culture has in Fantasia II (Live the Dream) brought her to visual source material from couple’s resorts in the Pocono Mountains of eastern Pennsylvania. Reaching heights in popularity after World War II, and surely playing a role in the baby boom that followed, couple’s resorts and their accompanying advertisements promised romantic getaways replete with leisure activity and a rekindling of amorous flames. Baldwin’s attention has specifically landed on advertisements from the late 1980’s and 90’s, at a time when the resorts could use some rekindling of their own. Through tight cropping and a mingling of disparate textiles, she brings a hyper-sensualization to her imagery that she offers through two different points of viewing – one more public, and one more private. The first, more public, view presents a suggested scene in the tradition of narrative folding screens. This screen however can be circumnavigated, with the reverse side giving the viewer an opportunity to consider a haptic legibility of this object, and its connection between the bodies imaged and the artist’s body which built their representation.

Allan J. Masterson’s micro-playsets reimagined from his Midwest childhood are similarly experienced as either open or closed. In the United States in the 1990’s, little girls played house with Polly Pocket, and little boys became hot rod aficionados care of Micro Machines hawked by “Motormouth” John Moschitta. Masterson’s sculptures in response address the young children for whom Polly and John did not apply, and matured into adulthood having to figure out on their own what their playthings and ambitions would be. When the chambers and valves of The Royal Sewers are cracked open, the playthings exposed are to be enjoyed by and soothe both the young child and the adult they grew up to be. In this way, Masterson’s reparative toy-making follows in the footsteps of Ann Cvetkovich’s and Eve Sedgwick’s reparative reading, which “is affectively driven, motivated by pleasure and curiosity, and directed toward the textures and tastes, the sensuous feel, of one’s objects of study.” Playing with the notions of mass production, access, representation in popular culture, and the art market, Masterson also presents each of these micro-playsets in posters advertising their collection and sale.

Whether through objects which can physically engulf the viewer, or fit into the palm of their hand, each artist in their own way touch on belonging – a part of a whole, and a whole made of many parts. The social nature of humanity promises an ongoing desire to be intimate, whether that be romantically, or platonically within a group where one feels seen and understood. Works by Marie Baldwin and Allan J. Masterson invite viewers to come a little closer, because they want to let you in.

Marie Baldwin (b. 1994) is an interdisciplinary artist based in Chicago. She graduated with a BFA from The School of The Art Institute in 2017, and has shown work at The Chicago Artists Coalition, Comfort Station, LVL3 Gallery, The Sullivan Galleries, and dfbrl8r Gallery. Baldwin dissects visual and linguistic moments in pop culture, and seeks to create idiosyncratic spaces through print, sculpture, and installation. Her practice navigates the intersection of familiar and foreign spaces through reworked examinations of fragmented artifacts that hold social significance, displaced from their original period and meaning. Predominantly working with cloth, yarn, and reclaimed materials, her work explores themes of sexuality, personal history, and the body.

Allan J. Masterson is a midwestern-born multimedia artist who focuses mainly on object making, costume design, and performance. As a self-proclaimed queer artist, Allan’s work is an illumination of his experiences living around the U.S. He is a nationally exhibiting artist and has been making work since 2007. Allan’s gallery work has been featured at the Mid-Atlantic LGBTQA conference and the College Art Association Conference.

After receiving his MFA in studio art from the University of Tennessee, Knoxville, Allan moved to NYC and worked as an educator for Abron’s Arts center. While in NYC, he started performing in queer nightlife, and made costumes for performers like Kyle Farmery and Amanda Lepore. His costume work has also been featured on the Netflix show Dragula.

Currently, Allan is living and working in Springfield, IL, and is a resident artist at the Enos Park Artist Residency. He teaches ceramics at the Springfield Art Association while he is working on a solo show for later this year.

Lindsay Hutchens works as an independent curator, artist, researcher and arts administrator. A Chicago, Illinois, transplant from Texas, she holds a Master of Arts degree as a Dean’s Scholar in Visual Critical Studies from the School of the Art Institute of Chicago, having also earned a Master of Fine Arts degree in Photography from SAIC. She holds a Bachelor of Arts with honors in Visual Journalism from Brooks Institute of Photography.

At her apartment gallery, Gallery Kin, Lindsay engages in dialogues that surround family, community, and home, through two-person exhibitions installed among her functioning living room, kitchen, bathroom, and bedroom. She has worked in the Curatorial, Exhibitions & Collections, and Development departments of the Museum of Contemporary Art Chicago, was awarded a Graduate Curatorial Fellowship while at SAIC, and has worked with numerous artists and arts non-profits in Chicago, Austin, and Los Angeles. This is her first exhibition as a curatorial fellow for ACRE Projects. 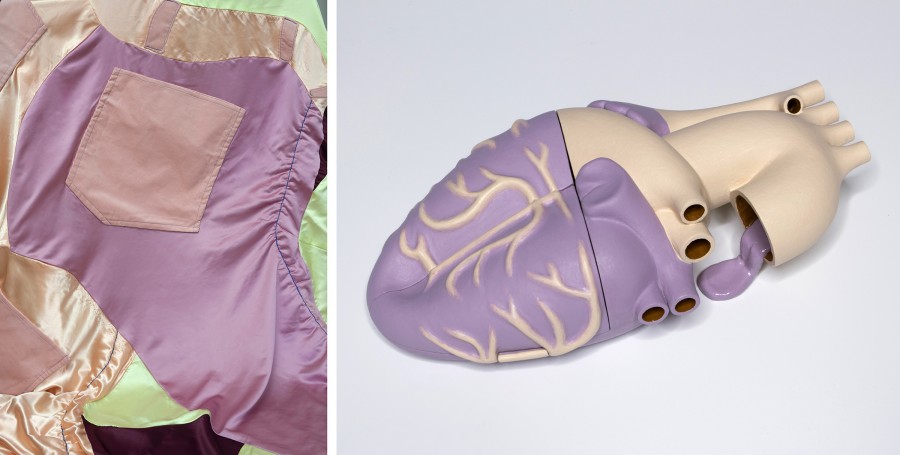