Meet Artist Baz Cumberbatch, in person, at Artem Pop Up Gallery on Saturday from 4 pm to 7 pm

Baz ‘s art career began in his youth when he started making and selling t-shirts using shells, leaves, bones, corals, sea fans, pieces of palm, coconut, and bamboo trees in the Caribbean. In 1989, crowned Southern Caribbean Windsurfing Champion, Baz traveled the world before moving to California and then Hawaii to pursue a career in windsurfing, art, and to raise a family. In 2011, Baz visited Alaska and saw the water, mountains, skies, and land looking like the tropical trees that surrounded him. Upon returning to Hawaii, Baz began creating the all natural mixed media pieces he sells today in Maui and Evanston, IL.

Most recently, Baz was accepted into the 2020 Black Creativity Juried Art Exhibition at the Museum of Science and Industry in Chicago. This art exhibition is the longest running gallery of African American art in the United States. Pieces from less than 100 adult artists were chosen from applicants across the country to be part of the 50th annual celebration of Black Creativity. 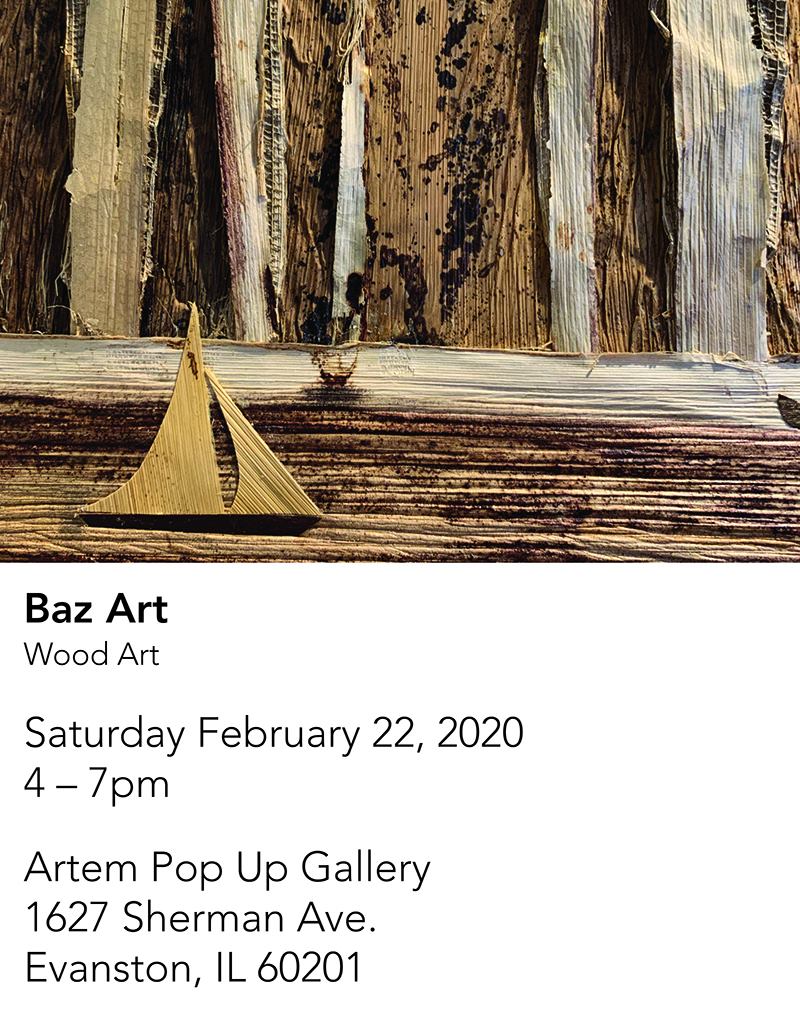