On view through Wednesday, April 1st

The Leather Archives & Museum presents its first art show of 2020:

Friday, January 24
6pm-9PM
21+ only (refreshments will be provided)

“Cinema’s greatest power may be its ability to evacuate meanings and identities, to proliferate resemblances without sense or origin. … There is no structuring lack, no primordial division, but a continuity between the physiological and affective responses of my own body and the appearances and disappearances, the mutations and perdurances, of the bodies and images on screen. The important distinction is not the hierarchical, binary one between bodies and images, or between the real and its representations. It is rather a question of discerning multiple and continually varying interactions among what can be defined indifferently as bodies and as images: degrees of stillness and motion, of action and passion, of clutter and emptiness, of light and dark.”
– Steven Shaviro, the Cinematic Body

How do we process the complex networking of empowerment, misogyny and sexual/gendered nomativities in images and ourselves?

Caleb Yono (1981) works with representations of figures caught in moments of transformation and transmutation. Caleb’s works on paper, performances, photographs, videos, and objects; Yono hopes to understand and process the dissonance and harmony of the feminine, femme, and hysteric. Caleb holds an MFA from The School of the Art institute of Chicago in painting and drawing. Caleb has exhibited with both national and international galleries including Andrew Rafacz, Monya Rowe, and Roots and Culture.
calebyono.com/home.html 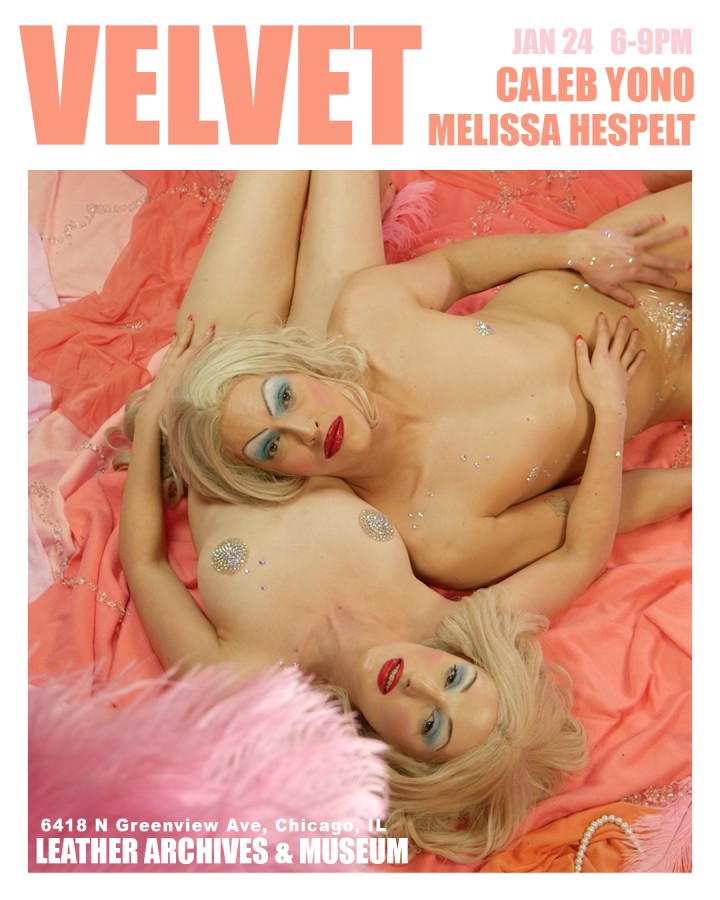