On view through Saturday, March 7th

The way to right wrongs is to turn the light of truth upon them.

Gallery 400 is pleased to announce its early 2020 exhibition Turn the Light, which features five artists whose in depth projects are representative of the most vital art practices in Chicago today. In Turn the Light artists Herman Aguirre, the Floating Museum, Jin Lee, Hương Ngô, and Jefferson Pinder examine particular histories that are crucially present in our current lives and ask critical, often confrontational questions about why these histories have not been fully scrutinized. The works presented, in painting, photography, sculptures, video, performance, and installation—though thoughtful, nuanced, and multi-faceted—derive from a sense of urgency and necessity to reckon with suppressed histories.

In the U.S. and in Chicago, contests recur over our collective historical responsibility. The question is how can decolonization and equality be pursued without addressing the ills of the past, or without following Ida B. Wells’ insistence on turning the light of truth upon the oppressions of the past and the present? Pioneer Chicago forces, from Wells to today’s Jamila Woods, from Gwendolyn Brooks to Rudy Lozano, have helped to establish what can be called a Chicago sensibility that emerges from a tradition of solidarity, protest, resistance, and nourishment. The artists in Turn the Light build on that legacy, representing, historicizing, and materializing an evolution of what can be traced as Chicago’s revolutionary ideology. Their works ask viewers to move beyond contemplation and reaction but in absorbing the artwork, to reconsider the past and engage in grappling with the complexities of today.

The histories addressed in the exhibition are both local and far-flung, marking how Chicago has long been a crossroads and destination on migration paths. In focusing on indigenous Indochinese women of the early 1900s, Hương Ngô (Huong Ngo, Ngô Ngọc Hương, 吳玉香) interrogates the relationships of image, identity, colonization, and agency, both in the colonial period and by implication today. Exploring the effects of more recent conflicts in Mexico, Herman Aguirre visceral paintings are portals into scenes of loss, ritualized witnessing, mourning, and processing. Depicting landscapes along train lines in and out of Chicago, Jin Lee’s Train View images reveal the ways in which the land is used, developed, and inhabited. Including uncelebrated sites often unseen from streets and highways, Lee’s photographs evidence how social change of the last few decades is marked on Midwestern spaces.

Also, working locally, the Floating Museum—an arts collective, co-directed by Avery R Young, Andrew Schachman, Faheem Majeed and Jeremiah Hulsebos-Spofford, that creates new models exploring relationships between art, community, architecture, and public institutions—presents a dynamic installation of past work in their Ab Lib Vitrine, a flexible display system used to present the work of other artists and the public invited into the Floating Museum’s work. In Turn the Light, the vitrine will hold works from the collective’s large-scale public art projects such as the recent Transit project along the CTA Green Line that highlighted cultural work and local histories of neighborhoods along the south and west ends of the Green Line.

Programs for public events both at the gallery, on UIC’s campus, and at other locations in the city are in development and will be announced in January. 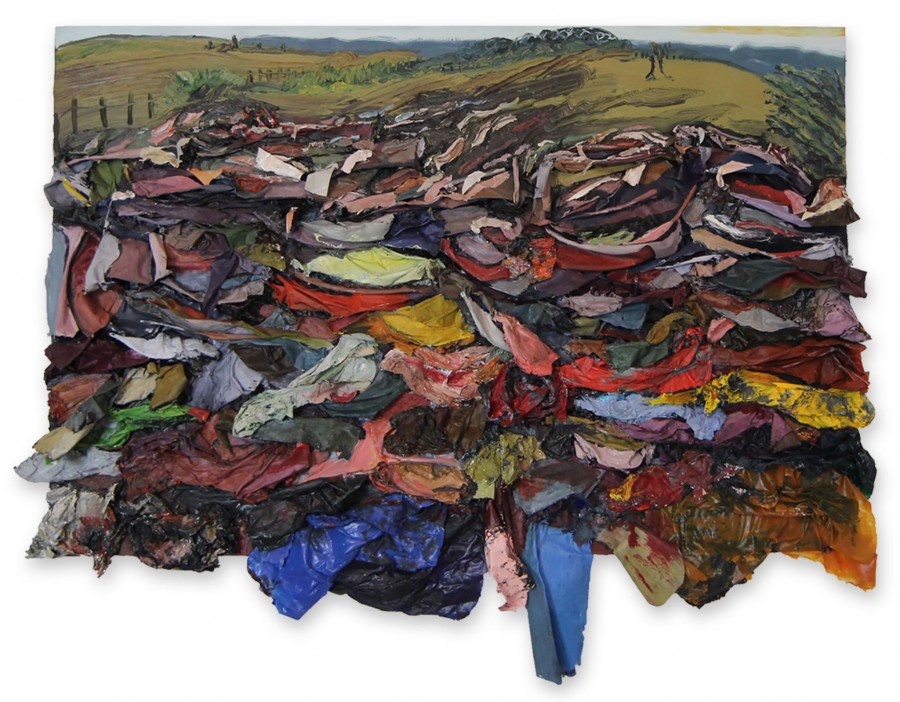