Stardate 2019: Jenson Hillenbrand approached the Co-Prosperity Programming Council after discovering and acquiring a huge trove of 80’s slash fiction illustrations. The art objects were collected by the slash fiction artist and writer Barbara P. Gordon (pseud.), whose estate had gone to auction. Gordon, whose true identity remains a secret after their death, was a prolific and outspoken Chicago-based member of the Star Trek fandom. Over many years, they generated and collected a huge body of drawings and stories about Captain Kirk and Mister Spock in love.

These illustrations represent the birth of the now-prevalent world of slash fiction, which introduces queer narratives into popular fiction where there were once none. The original series of Star Trek is an especially important site for queer inclusion, as the ground-breakingly multiracial, multiethnic cast did not include a single queer character in their space utopia. Fans corrected that vision in slash long before the canon fiction finally included queer characters over four decades later in 2016’s Star Trek Beyond and in 2017’s Star Trek Discovery.

Born from deep space passions left unspoken, “K/S” or “Spirk” stories and art emerged in 1974 from often-anonymous members of the Star Trek fandom. They compiled and mailed their creations far and wide in typewritten, photocopied publications long before there was an internet for slash fiction to blossom within.

This collection represents one of the largest accumulations of original Kirk/Spock drawings ever publicly exhibited. Public Media Institute is honored to host this body of truly unique and historically vital paintings and drawings; we invite you to join us in appreciating them.

Many of the works will be available for purchase. All are welcome. Live long and prosper. 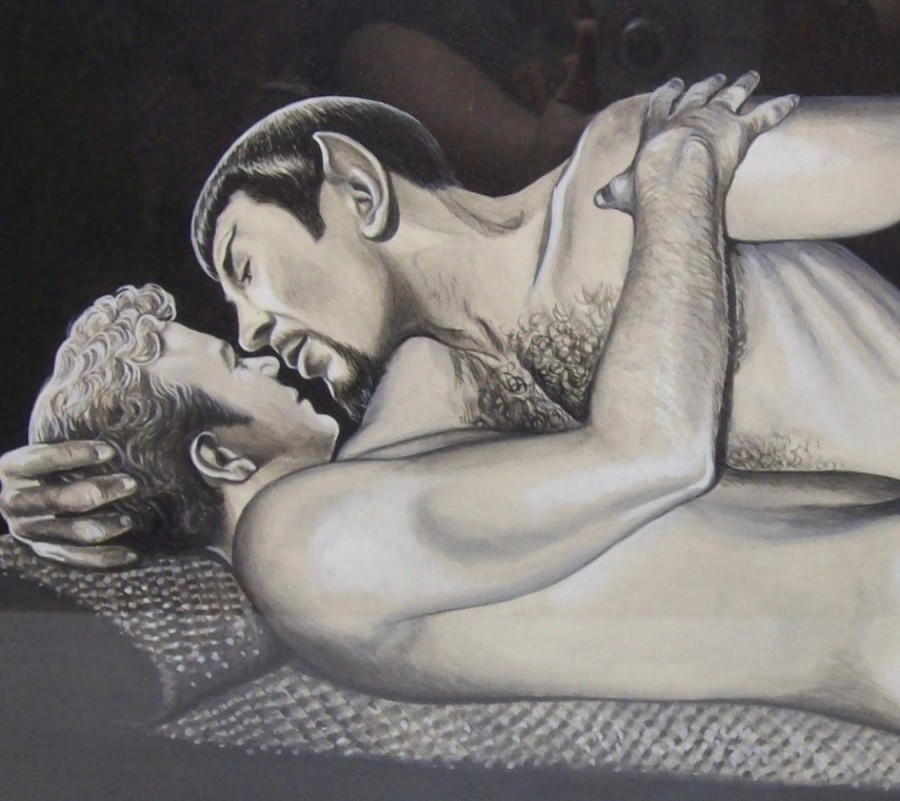