This Scrim Became One

On view through Saturday, February 15th

This scrim became one intricate
fanned fisted fleetness.
Howl for the manliest idiot.
Putrefy in a ripe infinite of vengeance.

Aspect/Ratio is pleased to present This Scrim Became One, a two person exhibition with Nick Albertson and Matthew Girson. The poem above was crafted by the artist Matthew Girson and is an anagram derived from a sentence in Clement Greenberg’s 1961 essay Modernist Painting. The original sentence is below. Albertson and Girson both make work that refers back to modernist painting pictorially without embracing the themes that were championed by Greenberg and other advocates of late modern, American abstract painting. Albertson’s photographs make use of mass-produced everyday objects to reference non-representational forms associated with Modernist painting. Using tape, straws, and other mundane objects to stand in for brush strokes, he pokes fun at the self-seriousness of painting. The objects Albertson photographs are analogous to photography itself, an easily reproducible medium that, through its very omnipresence often disappears into the background of our lives. By using identifiable objects to visually reference non-representational painting, Albertson explores the limits of the ability of photography to be purely abstract. Girson’s monochrome paintings may appear to be purely formalist, but patient inspection reveals photo-based images as their sources. The photographs he works from are pictures he’s taken of exhibitions of abstract painting. That is, he makes representational paintings about abstraction. His limited palette shares qualities with many late modernists, but by using only silver paints his paintings reflect everything in front of them: the gallery, the visitors, the other works in the show. This work reflects modernist values literally and figuratively. Collectively Albertson and Girson ask questions about the legacy of modernist painting in order to reframe how it informs contemporary discussions of photography and painting.

Nick Albertson’s lens based work hones in on gestures from modernist painting while creating new portrayals of everyday objects. Based in Chicago, Albertson often places functional objects like rubber bands, straws, pins, and erasers against light in order to produce unmistakably unique relationships. A graduate of Columbia College and Bard College, Solid Echoes will be Albertson’s third solo/two-person show at Aspect/Ratio. Albertson has shown internationally at venues including SFO Museum, and The Center for Photography at Woodstock. His work is included in many private collections as well as Soho House Chicago and Columbia College Chicago.

Matthew Girson is a painter who exhibits and presents his work . locally, nationally, and internationally. Previous explorations into the Holocaust and Nazi culture have evolved to include reflections on failures of democracy more generally, the ways they inform the discourses of art, and how they are shared and distributed. Recent paintings and work in other media remove traditional ideas of gesture. Following the German-language poet Paul Celan, Girson sees “no difference between [his work] and a handshake.” And, following the Polish poet Wyslava Szymborska, he “prefers the absurdity of [making artworks] to . the absurdity of not [making artworks].” Works from Girson have been shown at institutions including: the Mary and Leigh Block Museum, Chicago Cultural Center, and DePaul Art Museum. 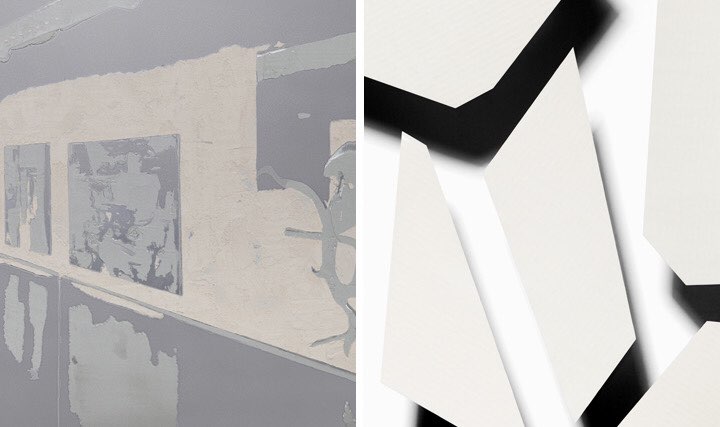