M. LeBlanc presents Re: Acker, a reading and screening centering the legacy of experimental writer and artist Kathy Acker (1947-1997). Through cult classics like Blood & Guts in High School, Great Expections, and My Mother: Demonology, and Empire of the Senseless, Acker’s name has become shorthand for punk, postmodern feminist killjoy. Acker subversively cut through respectability politics to narrate the interlocking violences of abuse, capitalism, colonialism, misogyny, and biopolitics. In recent years, Kathy Acker has attracted renewed critical attention and new audiences, drawn to and sustained by her continued political resonance.

Claire Finch is a writer and researcher based in Paris. Her hybrid practice focuses on queer poetic protocols and their possible links with feminist activism. She works on her PhD research in Gender Studies at the University of Paris 8, her performative readings (festival Extra! Centre Pompidou, Le Magasin CNAC Grenoble, Mimosa House London…), and her literary piracy workshops (Ecole Supérieur d’art et design Valence, Khiasma Lilas, Ecole Nationale des Beaux-Arts Bordeaux…). Most recently, she wrote the introduction and editorial notes for Kathy Acker 1971-1975 (Editions Ismael, 2019), the first substantial English publication of Kathy Acker’s early typescripts, which she presented at the ICA London. Claire Finch is a touring member of the Paris-based queer, dyke, non-binary and trans author’s collective RERQ.

Douglas A. Martin is author most recently of a book-length essay, Acker, praised in The New York Times as “nothing short of a strange kind of magic” and by Maggie Nelson as “an open-ended yet utterly thorough record of one deft, curious, intrepid mind beholding another.” In May 2020, Nightboat Books will publish Douglas’s anti true crime novel, Wolf, and a 20-year anniversary edition of Outline of My Lover, an early autofiction, introduction by When Brooklyn Was Queer author Hugh Ryan.

Michelle Murphy is a visual and performance artist based in Albuquerque, New Mexico and Chicago, Illinois. Murphy’s humorous and tragic performances for camera, echo pressures reinforced by Capitalism to perform IRL and online. Murphy’s poems are journal notes and cellular missed connections which take form as truncated graphic scores. Murphy is currently Visiting Assistant Professor in Photography at the University of New Mexico.

Jennifer Karmin’s multidisciplinary work has transpired at festivals, artist-run spaces, and on city streets across the U.S., Cuba, Japan, Kenya, and Europe. Her books include the text-sound epic Aaaaaaaaaaalice and The Sexual Organs of the IRS, a collaboration with Bernadette Mayer. In Chicago, she teaches creative writing to immigrants at Truman College and curates the Red Rover Series.

Nat Pyper is an alphabet artist. In their work and writing, they use language as a sieve and they push the body through it. They maintain ongoing research on queer anarcho-punk zines of the late 80s and early 90s.

M. LeBlanc is wheelchair accessible, and accessible by public transit by the 74 bus. The event is free and the bar is donation-based. Books by the readers will be available for purchase on site. 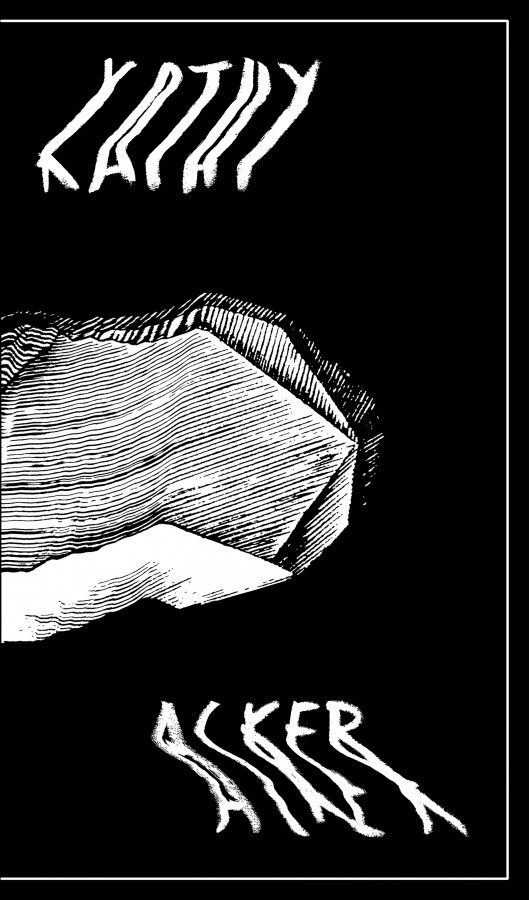