Join us for the launch of Billy Lombardo’s novel, MORNING WILL COME at one of the very best indie bookstores in Chicago, Volumes Bookcafe. Billy will share a little from his novel. Gina Frangello, author of A LIFE IN MEN and EVERY KIND OF WANTING, will host a conversation with Billy. And then much celebrating will ensue.

Billy Lombardo is the author of The Logic of a Rose: Chicago Stories, The Man with Two Arms, and Meanwhile, Roxy Mourns. His recent work has been published in Hypertext Magazine, Ireland’s HCE Review, The Tishman Review, Tikkun Magazine, The Chicago Reader, The Chicago Tribune, and Triquarterly. billy is the 2011 Nelson Algren Fiction Award winner. He is currently at work on the House of Fiction Deconstructed for the Apprentice Writer. He is the founder and managing editor of Polyphony Lit, a student-run, international literary magazine for high school writers and editors at www.polyphonylit.org. Billy holds an MFA in Creative Writing from Warren Wilson College. Billy can be reached through his writing and editing, business, Writing Pros/e, at www.writingprose.org. Born and raised in Chicago’s Bridgeport neighborhood and a lifelong fan of the Chicago White Sox, he now lives in Albany Park.

Gina Frangello is the author of four books of fiction and a forthcoming memoir, Blow Your House Down. Her novel A Life in Men (Algonquin 2014) is currently under development by Netflix as a series starring Kristen Stewart and produced by Charlize Theron’s production company, Denver & Delilah. Her most recent novel, Every Kind of Wanting (Counterpoint 2016) was included on several “best of” lists for 2016, including Chicago Magazine’s and The Chicago Review of Books’. She has nearly 20 years of experience as an editor, having founded both the independent press Other Voices Books, and the fiction section of the popular online literary community The Nervous Breakdown. She has also served as the Sunday editor for The Rumpus, and as the faculty editor for both TriQuarterly Online and The Coachella Review. Her short fiction, essays, book reviews and journalism have been published in such venues as Salon, the LA Times, Ploughshares, the Boston Globe, BuzzFeed, the Chicago Tribune, the Huffington Post, Psychology Today, and in many other magazines and anthologies. After two decades of teaching at many universities, including UIC, Northwestern’s School of Continuing Studies, UCLA Extension, the University of California Riverside Palm Desert, Roosevelt University, the School of the Art Institute of Chicago and Columbia College Chicago, Gina is excited to be a student again at the University of Illinois-Chicago’s Program for Writers, where she has returned to complete the PhD she left unfinished twenty years ago. Her website is www.ginafrangello.org.

Billy Lombardo’s MORNING WILL COME (Tortoise Books; On-Sale: January 21, 2020) is the story of a family in the worst of turmoils and loss. Alan and Audrey Taylor and their two sons, following the loss
of the eldest child, Isabel, are floundering with how to remain
human in the face of the worst of all tragedies. They are coping, but barely—Audrey and Alan’s marriage unravels, Alan changes careers, and their two boys continue to witness ugliness in the giant, and—to Audrey—increasingly terrifying world, when they have already witnessed enough to easily justify the literary cop-out of numbness.
Instead, Billy Lombardo’s characters are unabashedly and
wildly emotionally confused, and swinging for the rafters of hope,
love, heroism, lust, guilt, betrayal, resentment, nostalgia and feral,
unfiltered grief. This, you will feel upon reading Morning Will Come, is what really happens to people under profound duress—people without any literary artifice such as “heaven as summer camp” or killers magically impaled with icicles orchestrated to fall just so by the lingering souls of the dead. Billy Lombardo has never gotten the memo that makes so many literary writers fear the purple prose of feeling above all else. The result is an electrical storm of emotion.
In this episodic novel with varied points of view and jumps in time, Lombardo’s characters are unified by their profound connections to one another and by their utter fearlessness— or rather Lombardo’s utter fearlessness—to feel deeply during an era when such feelings are often regarded as unseemly in the pages of a literary book.
Here, Billy Lombardo covers what feels like a lifetime of emotional range. His work is hot, raw, poetic, urgent.
The radical difference between Billy Lombardo’s uncompromisingly real story and something like the blockbusting The Lovely Bones is that Morning Will Come refuses to cater to any sort of narrative of reassurance. There is no vengeance against Isabel’s killer; there are only four ordinary Chicagoans trying desperately to keep hold of themselves in an unraveling world.
Audrey, Alan, and their boys, despite going through a hell no family should have to face, seem to be figures from history—of a Chicago that doesn’t quite exist anymore, and an era before either social media or alternate facts or naked hatred of our fellow human beings came into a grotesque kind of vogue. While Lombardo clearly identifies with Audrey—the reader, the high school English teacher (Madame Bovary, c’est moi), he also writes shamelessly and without self-consciousness about the way Alan eroticizes her femininity. 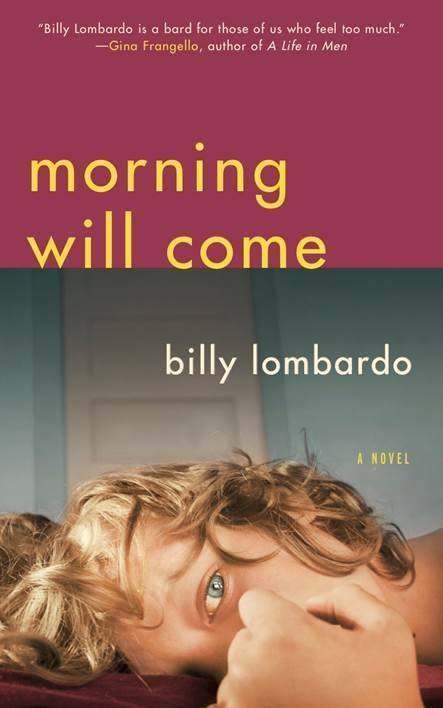