On view through Sunday, February 23rd

Julius Caesar is pleased to present Magic Dust, a group show featuring Amber Renaye, Nick Schutzenhofer, and Keven Stuart. All three artists prominently feature the materiality of paint, while their painting ranges from pictures of everyday encounters to scenes of imagining and pure abstraction.

Renaye breaks down matter and reconstitutes it into painting. She writes, “The landscape of my work develops across materials and processes. The work is self-possessed, grounded in the reinterpretation of the matter it is made of, the work exists without pretense.” At once broken and made, they make no pretense of being anything than they are. She quotes Dr. Oliver Sacks, “My aim is not to make a system… but to picture a world.”

Schutzenhofer draws on the materiality of paper, rabbit skin glue, oil paint, encaustic and linen as a point of departure. Painting in a process analogous to jotting notes on a notepad or in the margins of a book, the paintings record where these materials meet in free association. “The scenes refer,” says Schutzenhofer, “to figures navigating sublime landscapes, and that landscape representative of the figure’s wild interior.” Using the writings of his friend Al as a guide, these pictures lie between material lust and wandering mind, bridging interior and exterior.

Stuart’s pictures are composed as fluidly as the moments they represent. “The paintings I’m doing are stories about people,” Says Stuart. “The people themselves are based on both strangers and close friends. The stories aren’t linear, they are more-so about a moment shared, or the possibility of it.” The fleeting apparitions in his imagery belies the chemical wizardry behind his materials. When Stuart cannot find the color his memory needs, he grinds it, boils it, and makes it. Stuart finds his pictures in as much the malleability of material as the memories they represent.

All three approach pictures from different perspectives, but they share an appreciation for the magic of pigment turned to paint. Their studios take on the presence of an apothecary. Powders of poetic import, dyes boiled to ashes, rocks crushed to dust— all three artists are no less alchemists than painters. Material brought to life, highlighted and transformed into something more brings these three artists together for “Magic Dust.”

Kevin Stuart is a painter living and working in Chicago. He received his MFA from SAIC in 2015 and recent exhibitions include Roots and Culture and Carthage College. He also runs the Carl.

Nick Schutzenhofer was born in 1981 in St. Joseph, MO. He received his MFA in 2014 from School of the Art Institute in Chicago and currently lives and works in Chicago, IL. He has exhibited work with Left Field Gallery, San Luis Obispo; Club Nutz, Shane Campbell Gallery, Fernwey, and Samuel galleries in Chicago; as well as Shaheen Gallery in Cleveland; Viewing Room and TSA, Los Angeles. 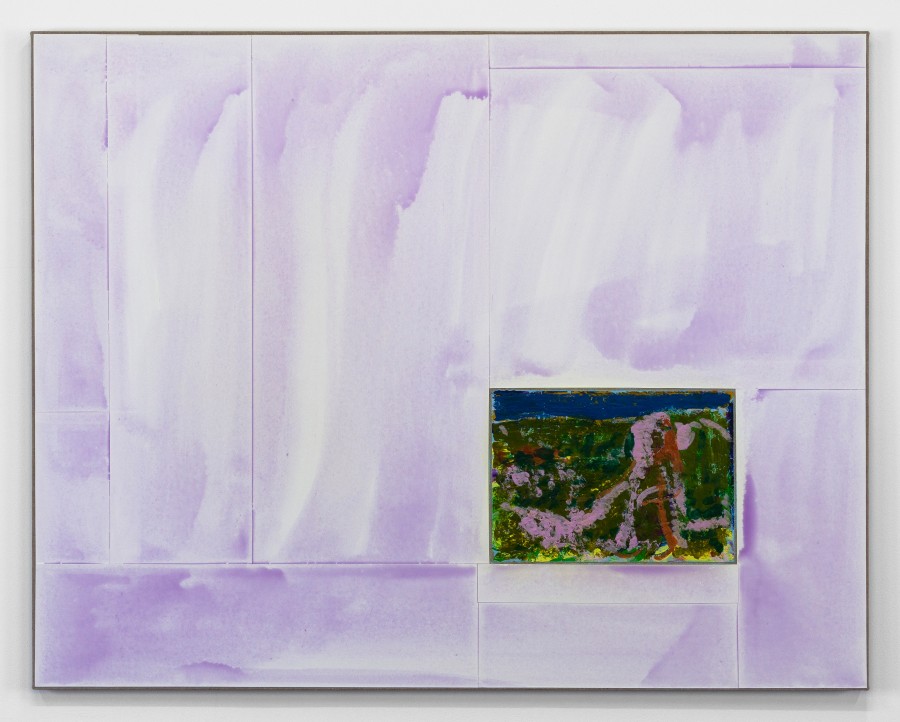