On view through Saturday, February 8th

Filter Photo is pleased to present Tentative Photo, a solo exhibition of work by Luther Konadu.

Konadu positions his work as one continuous documentary project centering on the way objective visual documentation ostensibly formulates public perception surrounding collective identities and historic record. Photography, with its attendant history, continues to be an evidential entity used to profile, classify, surveil, speculate, and “understand” different subjectivities and communities. Though this is not exclusive to black subjectivities, this is where Konadu’s work departs. As an image-maker, Konadu is interested in working around the legacies of documentary photography as a way to create an alternate past that imagines a different future of self—as it relates to a social communal context. The resulting fragmented images highlight his close community of family of friends in his personal studio as they intimately create a document of self as they see best.

Tentative Photo follows this ongoing pursuit in portraiture as it relates to self and discursively with a collective identity. He considers the making of portraiture as a process of slow accumulation; an exploration that is and will remain inconclusive. Tentativeness here is closely associated with the way Konadu thinks through depiction of the figure through photography. Instead of a quick snap of the figure’s likeness and presenting it as a portrait, portrayal for the artist is an open-ended question that is never reconciled. It is provisional, arises through multiple relations, and non-resting. Always shifting and subject to further reconsidering. Unlike photographs used as tools of factual information or for “knowing” something about those depicted, the figures in Konadu’s images will always appear fragmentary, de-specified, and tentative.

Konadu uses diptychs, polyptychs, text, and re-photography all as strategies to suggest an ellipsis to the photo as well as emphasize its inherent artifice. He works in this way to also implicate viewers to slow read and consider photographs as a breakaway from a reality as opposed to a representation of it. 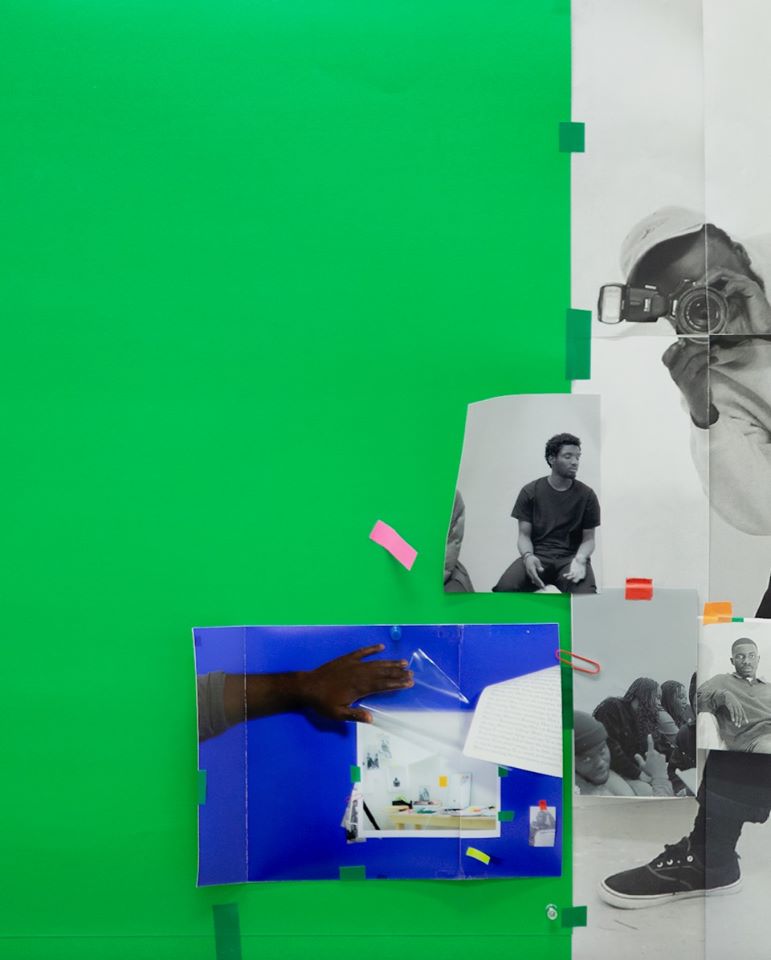