On view through Saturday, February 1st

Born in Boston, Massachusetts, Roth graduated from the Boston Museum School on scholarship, earned a BFA from Tufts University. Another scholarship was awarded before her senior year to attend Skowhegan School of Painting and Sculpture. Later she took classes at the School of the Art Institute (SAIC) and the Hyde Park Art Center.

Her painting “War” was featured in an exhibition at the Spertus Museum in Chicago, IL. ”Engaging With the Present: The Contribution of the American Jewish Artists Club to Modern Art in Chicago, 1928-2004”.

As president of the Chicago Women’s Caucus for Art (CWCA) 2001-2005, she founded The Ravenswood Corridor Arts & Industry Walk (now the greatly expanded Ravenswood ArtWalk (RAW), to engage her community via the CWCA, with Chicago Artists’ Month, and in 2006 was appointed by Alderman Schulter to the CTA Brown Line “Arts in Transit” panel.

Featured in a two person show “Figures” at College of Lake County in 2009, she was an affiliate member of ARC Gallery, Chicago Illinois, one of the longest running women’s cooperative galleries in the country, and showed a major collaborative piece at the gallery’s Member’s Show “Collaboration” in October in conjunction with the 2009 Chicago Artists’ Month.

From 2004-2009 she had a large body of work on view at the Berman Center, a women’s health and wellness facility founded by Dr. Laura Berman, at 211 E. Ontario St., Chicago IL, and in 2010 was honored by the Chicago Women’s Caucus for Art for “Excellence in the Arts” as an artist, artist advocate, and founder of Ravenswood ArtWalk. 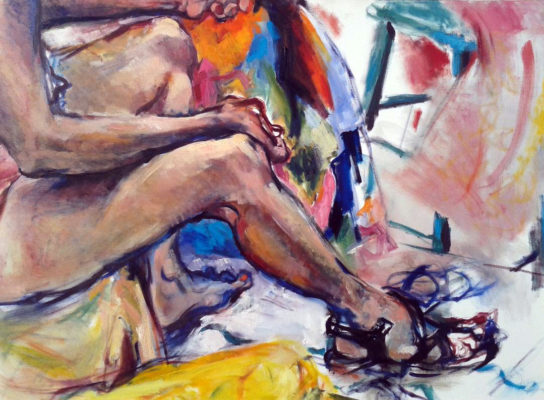