John Carpenter’s cult classic They Live is perhaps best known for its iconic line, “I have come here to chew bubblegum and kick ass. And I’m all out of bubblegum.” Following a drifter who discovers the world’s ruling class are aliens, Carpenter’s film presents a striking commentary on media manipulation, unchecked capitalism, commercialization, and the rising paranoia of middle Americans who increasingly distrust the global elite and political leaders of the world.

format: 35mm, runtime: 94 minutes
Part of our Thursday 1 series, Through the Mind Darkly: Movies and Media Madness
____________________________________________________
Doc Films is the nation’s oldest continuously operating film society. We screen all kinds of films, from canonical classics to indie gems to Hollywood blockbusters, every day of the year in our fully equipped and state-of-the-art theater. Tickets to all shows are only $7 each — or, buy a quarter pass for $40 to get unlimited access to every one of the calendar’s 70+ films. Both are available at the ticket desk before any show. Check out the full calendar on our website: docfilms.org, and follow us on Instagram and Twitter @docfilmschicago 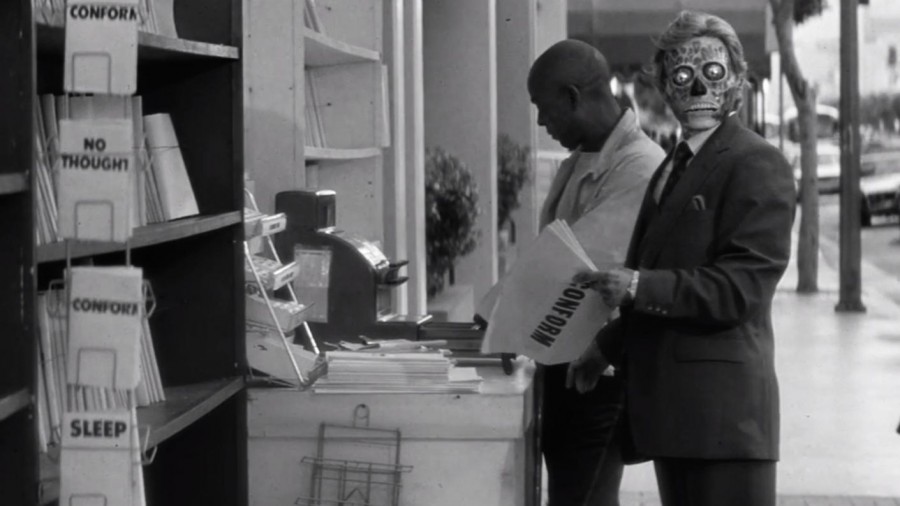