Gwendolyn Zabicki: In A Room With Many Windows

On view through Sunday, March 8th

In A Room With Many Windows
new paintings by Gwendolyn Zabicki

After becoming a mother, my relationship to time changed and warped. I am awake more hours than I used to be and am busier than before. Yet, there is also a lot of downtime in my day when I am feeding or holding my sleepy daughter. It is during these times that I am alone with my thoughts. Those brief, flickering thoughts that come and go so quickly between so many other things have become the subject of my new work. Sam Anderson wrote, “How many fleeting associations combine to make up a life? How many rusty pipes do we mistake for owls? A vast majority of our waking hours are filled not with witty jokes or brilliant thoughts or epic feelings but with tiny, private mind-motions — thoughts that are hardly even thoughts at all, that don’t rise to the level of sharing with another human being. That millisecond when — again and again — a rusty pipe looks like an owl, or a newscaster’s voice reminds you of a long-gone uncle, or a daily routine sets off a small chain of involuntary associations. These things are almost nothing, and yet they are who we are.” These uncatchable, ghostly thoughts are almost impossible to notice and then adequately describe– a kind man who held the door for me and my bulky stroller; the perfect shadows of two curators on a wall; a rainy flight home; that gray lady on a smoke break, seen over a decade ago, blending in with three gray columns; startling myself awake from a nap because I thought I was falling. The act of painting these fleeting thoughts is an attempt to capture a nearly invisible but very large part of being alive. 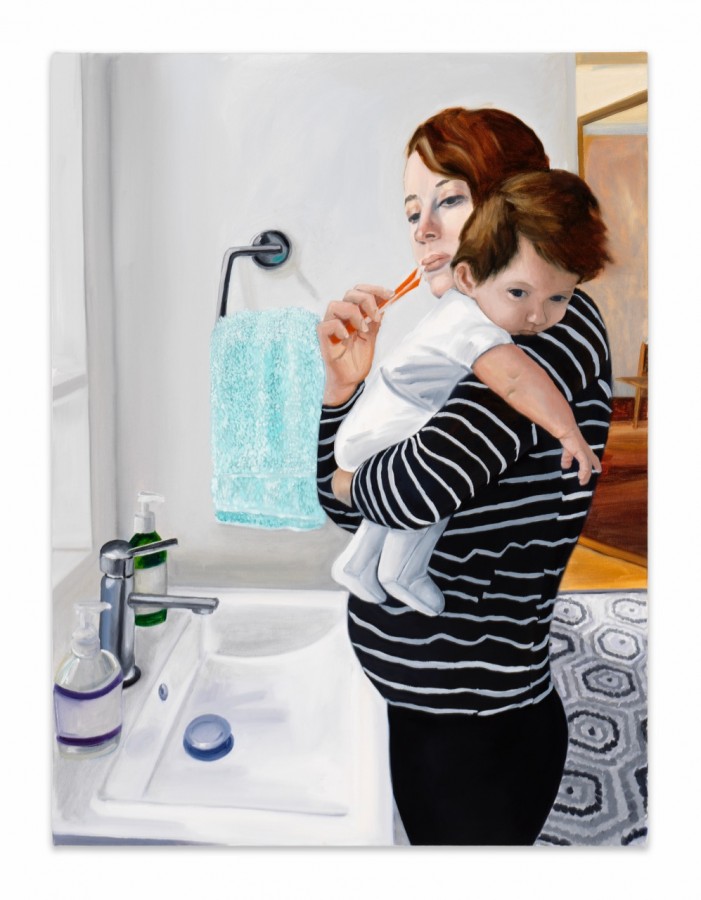