For Frankie! A Celebration of his 65th Birthday

ueen! in association with The Frankie Knuckles Foundation presents For Frankie! A Celebration of his 65th Birthday with…

It is with gratitude and anticipation that Metro, smartbar, and Queen! at Smart Bar- Sundays announce a new installation of For Frankie!, an annual event honoring longtime friend and smartbar’s very first resident, the inimitable Frankie Knuckles.

The gathering, to be held inside Metro in association with the weekly LGBTQ-themed party, Queen!, will take place on Sunday, January 19th and feature residents and Queen! curators Michael Serafini and Garrett David alongside Chicago house mainstays Alan King, Mark Grant, and Zac Jones. For Frankie! looks forward to hosting a proper celebration of life each year, with the upcoming iteration marking the 65th birthday of the legend and dear companion. 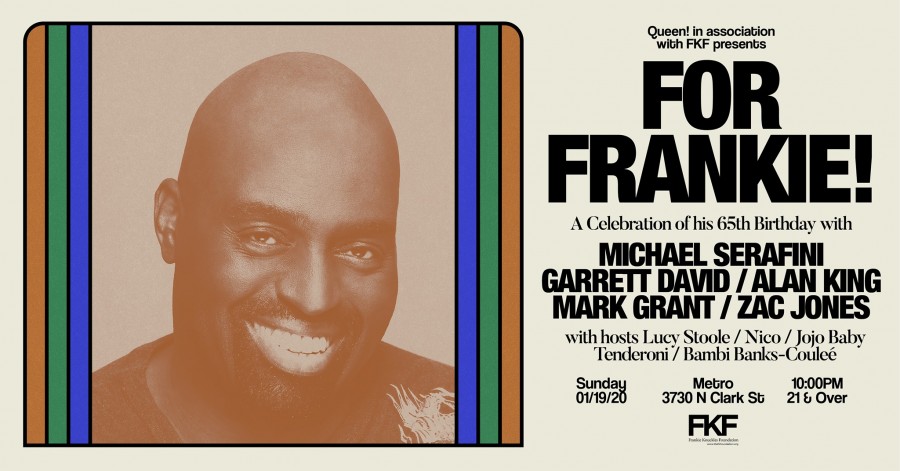