Chicago suffered the worst heat disaster in U.S history in 1995, when 739 residents – mostly elderly and black – died over the course of one week. As COOKED links the heat wave’s devastation back to the underlying man-made disaster of structural racism it delves deep into one of our nation’s biggest growth industries: Disaster Preparedness. Peabody Award-winning filmmaker Judith Helfand uses her signature serious-yet-quirky-style as interlocutor and narrator to forge inextricable connections between the cataclysmic natural disasters we’re willing to see and prepare for, and the slow-motion disasters we’re not. That is, until an extreme weather event hits and the slow motion disasters are made exponentially more deadly and visible.

COOKED is an adaptation of HEAT WAVE: A Social Autopsy of Disaster in Chicago (2002), Eric Klinenberg’s groundbreaking book about the 1995 Chicago heat wave that killed 739 residents – mostly elderly and black – over the course of one week.

This program is sponsored by the College of Arts and Sciences, NEIU.

This program is a part of the 2019-2020 One Book, One Chicago season, exploring the theme Season For Change through the book The Sixth Extinction by Elizabeth Kolbert. For more information, visit www.onebookonechicago.org 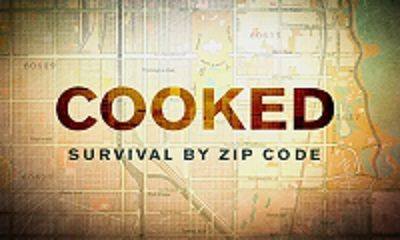