For Female Trouble, co-organizers Elijah Wheat Showroom and Western Exhibitions bring together five female artists who take modes and patterns of female representation into their own hands, uncovering and expounding the delights of their corporeal forms and fearlessly expressing body positive broadcasts of nudes in image, form, and craft. The she-power of this show is about risk, exploration and eminent bodily domains. The show will open at Western Exhibitions in Chicago with a public reception on Friday, January 10 from 5 to 8pm and will run through February 22, 2020.

Victorian-age physicians were tasked with the revival of repressed vaginas, performing remedial pelvic massages until their patient’s female hysteria was tamed, devoting considerable time and energy to whacking women off. Thanks to their caregiver’s elbow grease, women were returned to their designated mates subdued, and under control. Doctors eventually grew tired of the immense effort required to cure hysteria and struggled to find less arduous remedies, leading one exhausted professional to invent the vibrator. This prescribed tool relieved physicians of their palliative duties. Female hysteria was reclaimed, its intended cure eventually transformed and recognized as a source of pleasure, fulfillment and self-celebration. Following in these women’s footsteps, Female Trouble brings attention to feminine figurative work that indulges and divulges into this reclaimed feminine sexuality with pride.

Amanda Joy Calobrisi tells strange and sensuous tales of womanhood. The figures that inhabit her canvases ponder the theatrics of sex—and death—in worlds less dangerous and more revealing than our own. Rendered affectionately rather than objectively, the women fold, bend, lean, and stretch in painted spaces that hover between boudoir and landscape. Individualism and agency mold their realm where self-love and self-admiration are no longer private revolutions. ­­­

Qinza Najm’s tapestries are over-woven with titillating and discrete imagery of female bodies stretching to their limits as they distort themselves to wrestle with their confinement. The tightly woven textiles that restrain these women become the sheets to the comfort for a horizontal body. Najm distorts her figures’ encased bodies, perspectivally extending them past the ornamented extremities of her rugs, as “an extended body claims space beyond its expected role.”

Standing stoic, Kathryn Refi’s protean portraits push the malleability of perceived truth to its limits. By wickedly weaving her full-frontal nudes into disjointed photographic semi-representations, Refi summons grid-adhering versions of herself. Unmoving and commanding attention with a wild natural muff of mojo, Refi’s photo montages are wrapped in a balance of symmetry and affixed to space, rebellious in presence. 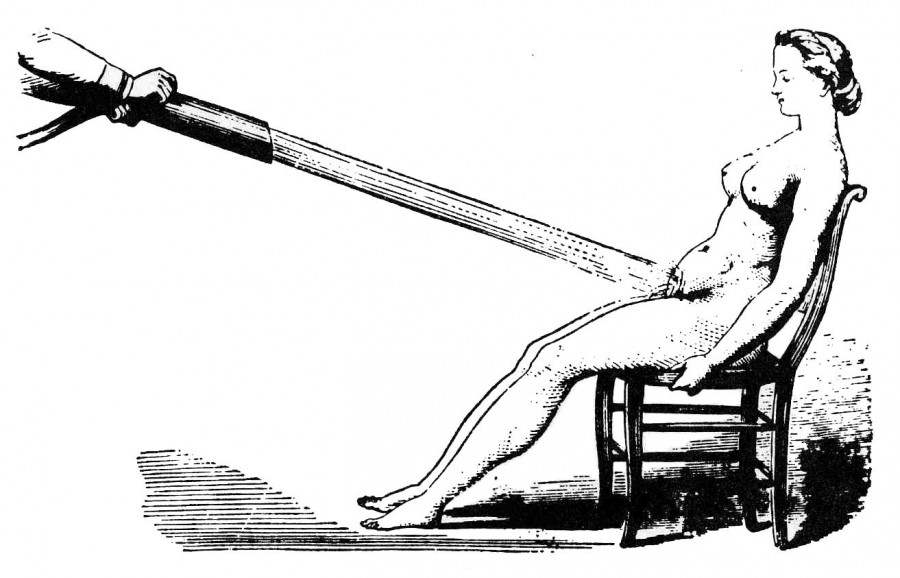