On view through Friday, March 13th

About the Exhibition
The collection of images in “Memories Museum” tracks the overall trajectory of Edo’s self-described art style, Infinite Inception Art. Edo has chosen twenty of his favorite pieces from his past collections, dating back to his first exhibition in 2015, to display together in this showcase. Each work is a complex reflection of a moment in his artistic practice; his kaleidoscopic style unites a multitude of images, inviting the viewer to look closer and see what they can find. Edo’s work can’t be understood in a single viewing; rather, each visit reveals something new, something different, something infinite.

Curated by Edo and Leigh Fagin.

About Edo
Edo, born Eddie Santana White, is a self-taught multi-disciplinary artist, fashion, graphic, industrial designer born and raised on the south side of Chicago. The Edo brand is known as Infinite Inception. Influenced by notable artists like Kanye West and Kid Cudi, Edo describes his work as imaginative and futuristic, following in the Afrofuturism canon. Edo began his career as a designer working with leading urban clothing brands, including Leaders 1354, Joe Fresh Goods, Treated Crew and Fat Tiger, and heoversees a clothing line called Emperion and is the co-founder of the graphics design andscreen-printing company [blankcanvas]. He is currently expanding the Bronzeville space he co-ownscalled Escape Studios Chicago, and recently showed his newest series of paintings at Spectrum Gallery as part of Art Miami/Art Basel. 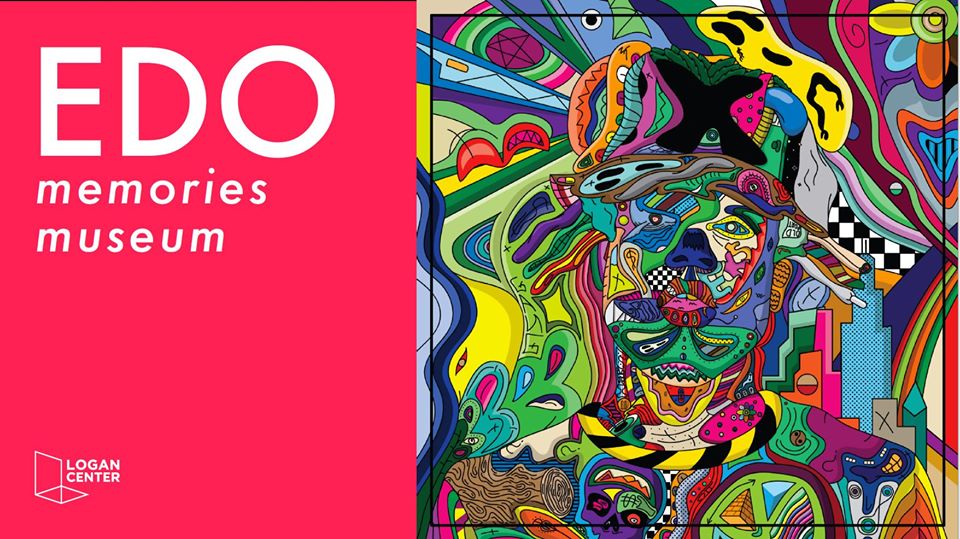