Everybody is pleased to present Drawings, paintings, maybe a sculpture 3, a group exhibition featuring works by artists based locally and elsewhere.

Opening Reception
Join us on January 25th from 5-8pm for the opening night celebration with light refreshments.

About the Artists
Gregory Bae (b.1986) is a Korean-American artist living and working in Chicago. His work addresses identity and a (post)human plight in regards to consumerism, technology, and the socio-political, while remaining rooted in subjective impulse, compulsion, indulgence and drive. He has received grants from the Pollock-Krasner Foundation, the Foundation for Contemporary Arts, the City of Chicago DCASE, and the Chicago Artists Coalition SPARK program. He currently teaches at the School of the Art Institute of Chicago and University of Illinois, Chicago. He has exhibited in Chicago, New York City, Milan, and Seoul among other places. He has attended residencies at The Fountainhead, Seoul Museum of Art, Cheongju Art Studio, and Hub-Bub.

Kitty Brophy – Born 1960, Los Angeles, CA. After graduating from high school in Phoenix, AZ, Kitty moved to New York City in 1978 to attend Parsons School of Design. She quickly
became involved in the East Village art, music, fashion, and performance scene centered around the legendary Club 57 on St. Mark’s Place and The Mudd Club on White St., in collaboration and conjunction with such notable friends as Kenny Scharf, Keith Haring, Ann Magnuson, John Sex, and Tseng Kwong Chi. During this period, Kitty worked as a fashion model doing print, runway, and video in New York and Paris working with a number of now legendary designers and photographers. She also starred in numerous early art videos filmed by Kenny Scharf. Kitty currently lives and works in Tucson, AZ.

Elnaz Javani is an Iranian artist, researcher, and educator currently residing in Chicago. She received a bachelor of fine arts from Tehran University of Art and Masters in Studio Art from the School of the Art Institute of Chicago where she was the recipient of the New Artist Society Merit Scholarship. She works between the media of drawing, Installation, and textiles. She uses fragmented images and language, incorporating a wide range of media to explore the issue of identity and place, both collective and individual. she seeks to define and codify her composite identity in relationship to her environment. She is a current fellow at the Define American and Kala Art institute. She has exhibited nationally and internationally in the USA, Spain, Iran, France, Colombia, Turkey, UAE, Germany and Switzerland.

Alejandro Jiménez-Flores is a process-based conceptual artist making gestures that occupy the space of painting, writing, and performance. Their practice is concerned with how the language we have, or lack, subordinates our subjectivities, identity formations, and the space we are allowed to occupy. Currently, they are a BOLT artist in residence at Chicago Artist Coalition, where they will have a solo exhibition in April. They have also had recent solo exhibitions at BAR4000 (Chicago, IL), Heaven Gallery (Chicago, IL), and Efrain Lopez Gallery (Chicago, IL), as well as a two person exhibition at Apparatus Projects (Chicago, IL) and performances at Gallery 400 (Chicago, IL) and the Museum of Contemporary Art Chicago. They have been featured in reviews and publications such as New American Paintings, Chicago Artist Writers, and Newcity Art. They attained a BFA from the University of Illinois at Chicago In 2012.

Hyun Jung Jun is a working artist living in Chicago. Through her work, she explores the relationships between everyday life, the body, boundary, and cultural landscapes through a multidisciplinary practice involving cooking, collecting, categorizing, recording, and list making. Originally from South Korea, she moved to the United States at age 18 where she later received her BFA at School of the Art Institute of Chicago in 2014 and an MFA in Art Theory and Practice at Northwestern University in 2019. She has participated in a number of artist residencies such as the Vermont Studio Center and Alchemy in rural Canada and has worked directly with a number of artists and galleries in Chicago over the years. Outside of her role as an artist, Hyun Jung is very into cooking and often hosts dinners, cooking workshops, and recipe swaps. She believes by investigating food and culture, we can understand each other better.

Gary LaPointe Jr. graduated in 2016 from The School of the Art Institute of Chicago with an MFA in Sculpture and was also awarded the 2016 Outstanding Student Achievement in Contemporary Sculpture Award from the ISC. He had received his BFA from Lesley University College of Art and Design and was also a participant of the Skowhegan School of Painting and Sculpture in 2013. LaPointe has exhibited both nationally and internationally with his most recent project shown at the Kunsthal Charlottenborg, in Copenhagen DK. LaPointe is also a featured artist in 100 Sculptors of Tomorrow published in 2019 by Beers London and Thames and Hudson UK. He currently lives and works in Chicago, IL.

Lorelei Ramirez is an artist, comedian, and writer based in Brooklyn. They have written, produced, and directed a comedy special called PERVERT EVERYTHING for Adult Swim. They can be seen on the HBO poetic, psychedelic comedy series RANDOM ACTS OF FLYNESS , the final season of Comedy Central’s BROAD CITY and currently recurring on HBO’s new half-hour comedy LOS ESPOOKYS’ opposite Fred Armisen. In the VO world, Lorelei is a regular on the upcoming animated Adult Swim spinoff series BIRDGIRL, and heavily appears in John Cameron Mitchell’s upcoming musical anthology podcast ANTHEM, opposite Glenn Close. Last year, they were named one of Comedy Central’s Up Next Comedians, featured at San Francisco’s Cluster Fest comedy festival and earlier this year, they were invited to perform at the Public Theater as a part of 2019’s Under The Radar Festival. They’ve performed at Caroline’s, UCB, Ars Nova, THE SPECIAL WITHOUT BRETT DAVIS, THE CHRIS GETHARD SHOW, The Brooklyn Comedy Festival and has exhibited their work at Family Business Gallery, The Living Gallery, Cloud City and The Experiment Comedy Gallery. They grew up in Miami, Florida and graduated from SVA.

Cody Tumblin (b. 1991 Nashville, TN) lives and works in Chicago, IL where he received his BFA from the School of the Art Institute of Chicago in 2013. His work has been exhibited in the US and abroad, recent solo exhibitions including Devening Projects, Mild Climate, Good Enough, SPF 15, LVL3 and The Outlet Gallery. Recent group exhibitions include No Place Gallery, Andrew Rafacz, Chicken Coop Contemporary, Annarumma Gallery and Good Naked. Tumblin is a Hopper Prize Finalist and has been published in Art Maze 12 and Anniversary Edition 15, Vast Magazine, and Comp Magazine. He has been awarded residencies at Ace Hotel Chicago and Godsbanen in Denmark. He recently released a community collaborative cookbook titled Today’s Special with Extended Play Press and will be showing new work at the Egg Collective in New York this Spring.

About Everybody
Everybody is a gallery in Chicago, IL that primarily works with emerging and perpetually-emerging artists. Its beginnings started in a warehouse project space in Tucson, AZ where it held twelve exhibitions and participated in NADA New York 2018. Everybody’s activity has been featured in Vulture, ART news, Arizona Public Media, and more. 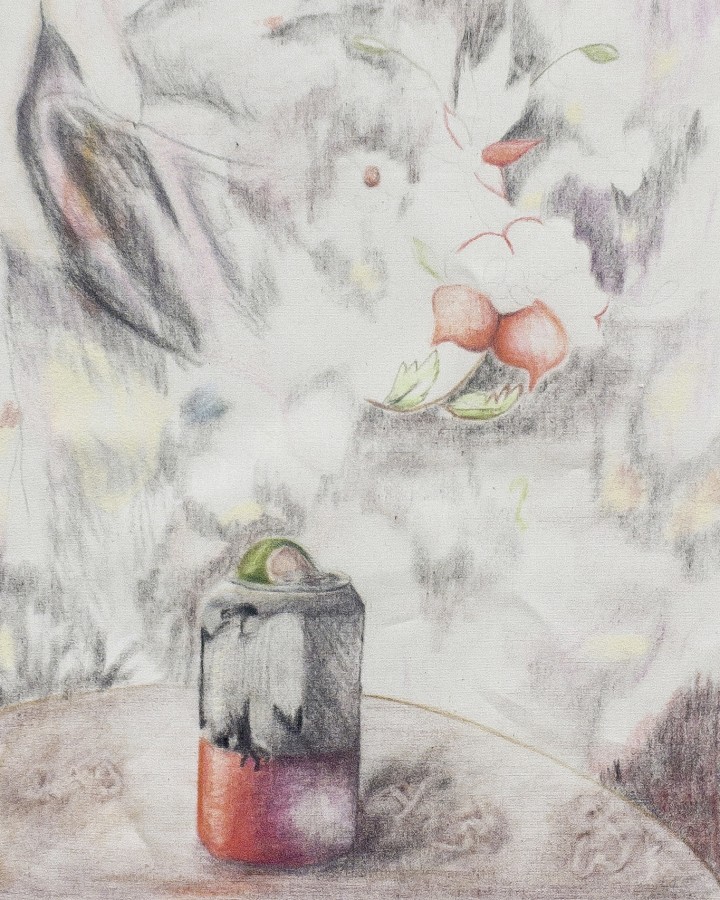