“Down by Line” highlights the work of four Chicago-based artists with well-established practices independent of artworld trends. While Tony Davis, Jason Lamantia, Paul Lamantia and Tom Torluemke create in many mediums, “Down by Line” focuses on their works on paper. The figure features prominently in this exhibition, which is subsequently rife with human interactions and expressions, exploring violence and conflict, as well as humor and social commentary.

Underscoring the intensity of the content in the artists’ works is the fact that their scenes and narratives are drawn from firsthand experiences. The extreme violence in Jason Lamanita’s drawings is a direct reflection of his childhood exposure to violent TV and video games. In cartoon-like, color-filled drawings, Tony Davis renders a world rarely portrayed in art: one of pimps, hustlers, prostitutes and other characters of Chicago’s West Side, where he grew up. Tom Torluemke, known for his masterful depictions of emotion, focuses here on despair as the human condition throughout the various strata of society. Paul Lamantia speaks to society’s impact on the individual through obsessive drawings of nightmarish visions, and disturbing, dreamlike places inhabited by strange creatures.

For these artists, the act of drawing is spontaneous and experimental, and provides insight into their minds and creative processes. “Down by Line” emphasizes the importance of works on paper, not as simply a step in the production of a larger work, but as the final product of each artist’s creation. 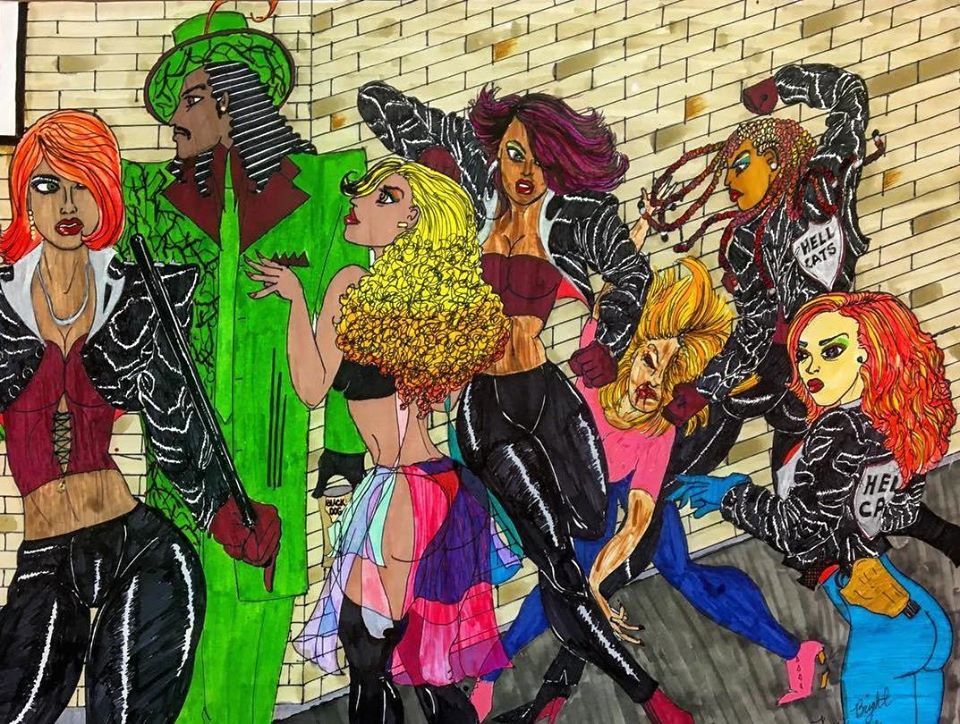