On view through Friday, February 7th

In the mid-nineties, when this project was shot over a two year period, the bike messenger was a common everyday fixture of the urban experience, a flesh and blood system of communication in a pre-internet world.

Although the familiar association the casual observer had of the messenger was one of perilous motion flitting through traffic, with a blasé disregard for its rules or conventions, La Prairie decided to approach it from the static convention of the portrait- he felt it was like asking anarchy to stand still for a moment and comb its hair.

He adopted the conventionality of the square format portrait because of its contrast in presenting fluid energy in repose, as well as the square’s challenge of presenting the messenger’s natural environment; the urban landscape.

February: David Obermeyer
March: Curated by Paul Durica
April: The Social Movement Photography of David Bacon
Series 2020 May- October: The Erosion of Democracy in the USA. Special Guest Amos Paul Kennedy on the Election in October. 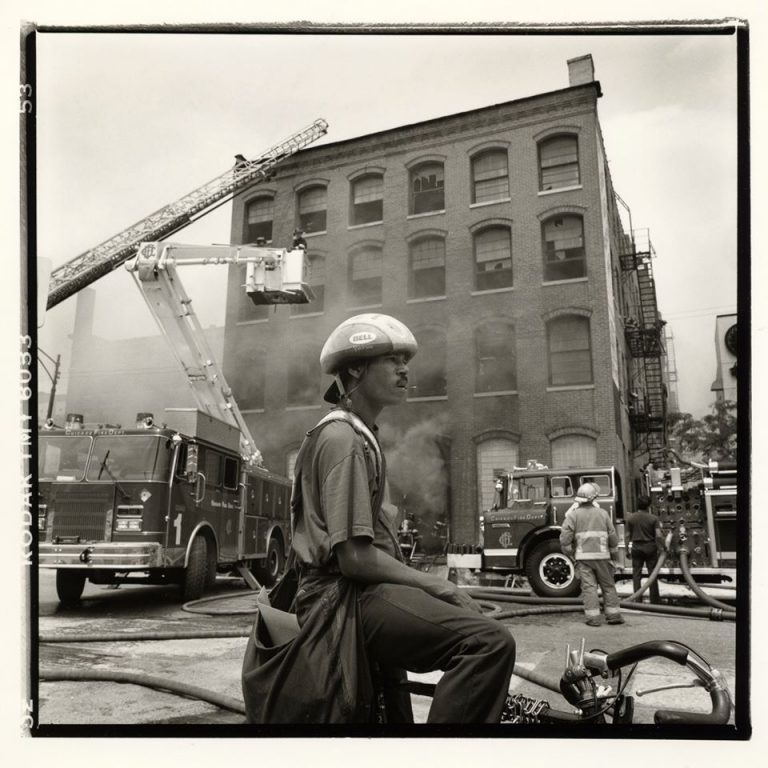