The concept of the imitation of nature was deeply rooted in the classical philosophy of art. This conviction was expressed, for instance, by Democritus, who saw in the human arts an imitation of nature in action. In the Neo-Platonism of Plotinus this idea has been developed: “If somebody does not esteem the arts because they imitate nature, it should be said first that nature herself imitates. Then it should be borne in mind that the arts do not simply copy the visible things but draw from the principles that constitute the source of nature.” Today, humanity’s powers and curiosity to manipulate the natural world are seductive and ever increasing. The subjects of classical paintings have been succumbed to agronomy, plant breeding, agrochemicals such as pesticides and fertilizers, and technological developments have sharply increased yields, while causing widespread ecological and environmental damage. What does it mean to imitate nature, when nature has been manipulated into an “ideal” form. Both artists explore their relationship with nature in the form of plants amongst the commodification and manipulation of nature in today’s world.

Helmut Hammen (b. 1992) received his BFA at the art institute of Chicago in 2014. He currently lives and works between Chicago and outside of Pittsburgh. His work was recently included in With a Capital P: Selections by Six Painters at the Elmhurst Art Museum in Illinois crated by Jose Lerma and in Art Link Phoenix inaugural exhibition at Park Central Phoenix Arizona. Other Group Exhibitions include Baby Blue Gallery and Green Door Halsted, Chicago. IL; Levine Machine Phoenix, AZ; and Left Field Gallery, San Luis Obispo, CA; among others.

Brennan Stalford (b. 1996) just completed his BFA at the art institute of Chicago. He currently lives in Chicago and works between Toronto and Chicago. His work has been showcased at numerous art fairs with Renann Isaacs Contemporary Art. His work has also been included in exhibitions at Galerie D’Este. 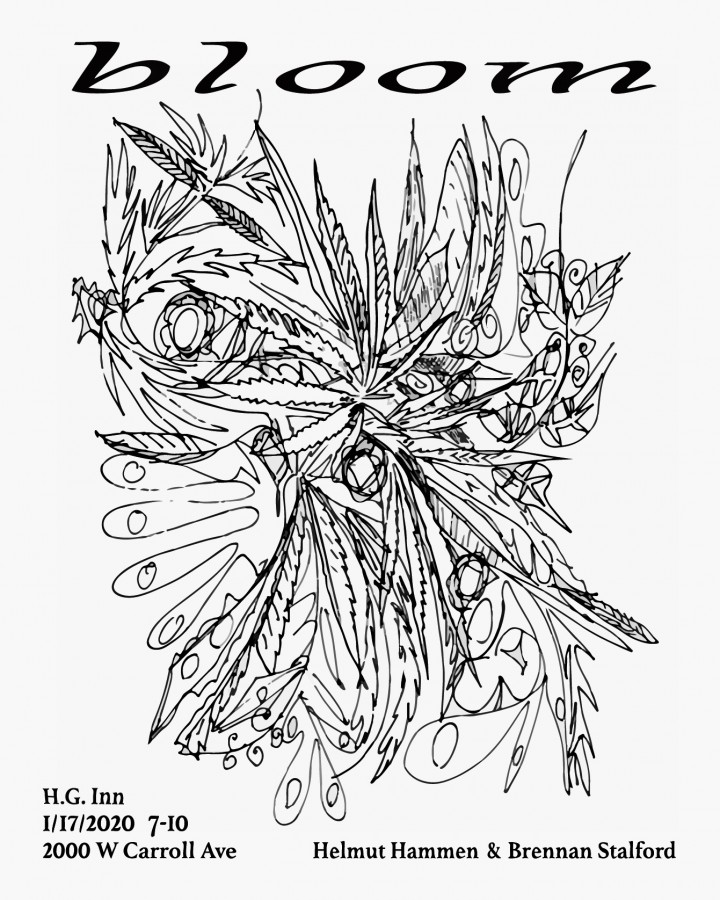