Join New Media Program artist-in-residence Philip Mulliken for a series of three topic-based workshops on the production of CGI images. Attendees are encouraged to bring devices loaded with their 3D software of choice. Each workshop begins with a brief introduction to the topic at hand, and leads into general techniques and practical demonstrations. Attendees are encouraged to exchange technical know-how and criticism alike.

Though each workshop addresses related themes and topics, participants are welcome to sign up for one independently, two, or all three.

JANUARY 11: GLOSS
To see gloss of yourself would be like being inside out; bones in the wrong place with respect to organs. Now we associate it with manufactured sophistication. Polymers, for example, have that same flat-packed feel. Its predecessors are the consumerist glossies of the magazine era. Gloss today is the easiest thing in 3D applications—surfaces often come this way out of the box.

This workshop focuses on the glossy, consumer-minded image in the domain of CGI—car commercials, perfume bottles, and satisfying movement-pieces for apps with equally satisfying names.

JANUARY 18: FLESH
It was inevitable that we would create imitations of ourselves. That was religion and biology’s first promise: that we were ourselves only by imitation of another, and would come to produce the same.

This workshop addresses the way that CGI software treats the simulation of flesh, skin, and bodies—concerning both movement and appearance.

JANUARY 25: DETRITUS
Disorganization and dirt remain difficult to achieve in the regularity of 3D software. It seems strange that we would use such a sophisticated technology to imitate dumb, decaying matter—at least until you consider that there’s money to be made in telling the rust and detritus where exactly to be.

The third and final workshop in the series focuses on creating aged, broken, and decaying things; and exploring the scattering and noise tools used to create them.

PHILIP MULLIKEN
Philip Mulliken is a new media artist, writer, and perpetual student of literature. He holds an MFA in writing from the School of the Art Institute of Chicago and a BA in English literature from the University of Maryland. Mulliken works between writing, high definition computer graphics, and sculpture to speak of the incessant push-and-pull between the spectacular, immaterial nature of virtual images, and the banal nature of the things that sit just beneath them 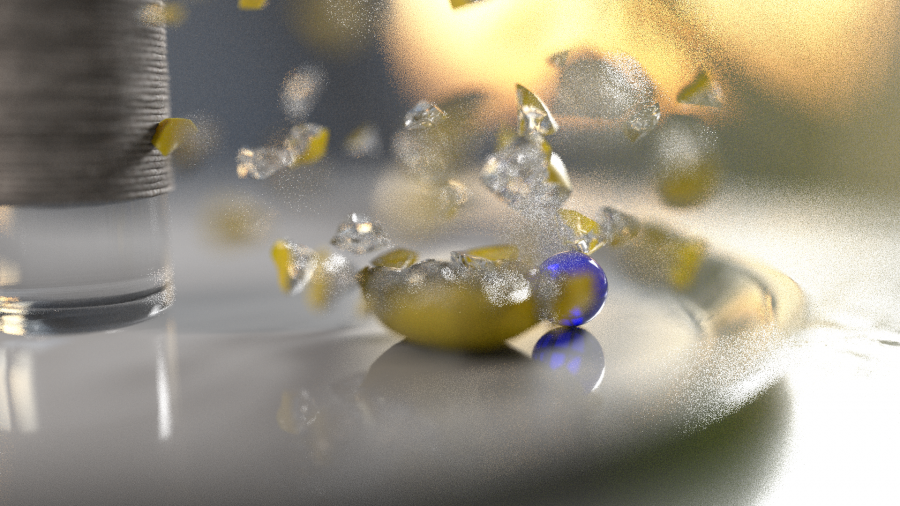