On view through Saturday, January 4th

Employing a range of media, the three artists in Stranger Than Paradise explore multiple realities of space as it interacts with subjecthood and perception. As they disrupt the positioning of figure and ground, each artist bends space as both a concept and a physical reality. Familiar points of reference—people and everyday objects and settings—are distorted or deconstructed, reduced or multiplied, destabilizing what we see and confronting us with a pulsing question of how we know ourselves in the world.

Imbued with a sense of stillness and surrealism, Mark Blanchard’s works explore black identity and (mis)representation, depicting figures that are in conversation with themselves and with historical narratives. Through devices of doubling and layering, Blanchard’s work meld temporalities, creating spaces that feel conscious of themselves as images—and aware of their own potentiality.

Brightly colored and boldly patterned, Sarita Garcia’s work remixes vernacular culture like signage, market and shop stands, and foods. As she amasses personal photographs of familiar places and things, Garcia recombines fragments of these images into saturated “fantasyscapes” which act as new material and visual realities of cultural spaces and products. By folding multiple reference points into reimagined forms, Garcia explores broader questions about consumerism, identity, and the complicated ways of understanding place and its implications.

Kushala Vora’s exacting drawings require that we peer closely at each surface to apprehend the intricate details of the classroom settings depicted. Sourced from Vora’s own documentation, the scenes expose colonial influence on acts of learning, particularly as it relates to systems of naming and classification. By cutting away at the paper and layering the scenes atop imagery of landscapes beyond the classroom walls, Vora exposes tensions between inside/outside and standardization/freedom, while challenging how perception is cultivated.

Mark Blanchard (b. 1991 Chicago, Illinois) received his BA at Oberlin College (2014) and MFA at the School of the Art Institute of Chicago (2017). His work manifests in photography, video, cinemagraphs, sound and virtual reality. He explores identity within the framework of considering the misrepresentations applied to persons of color propagandized through mainstream media within the United States. His practice, in response, has been a process of decentralizing those representations and building digital spaces that cultivate reconciliation of our identities. His role as the artist involves establishing varied perspectives that better articulate us as complex beings whose essence expresses an individuality beyond constructions of an Earthly realm.

Sarita Garcia is a Visual Artist and Arts Educator born and raised in the West Side of San Antonio and currently working in Chicago. Garcia received her BFA from the School of the Art Institute of Chicago. Garcia has presented her work in the National Museum of Mexican Art, Chicago Art Department, Sullivan Galleries, STNRD Exhibitions, Adler & Floyd, and the Hyde Park Art Center. Garcia has been featured in Chicago Tribune and recently Hyperallergic.

Kushala Vora (b. Panchgani, India) is an interdisciplinary artist based out of Chicago and Panchgani. Kushala’s work explore the implications of the standardization of Time and Space on her body. She uses her voice to counter the often dehumanizing effects of our global societal polarization through an investigation of her cultivated habits. She does this by exploring the history of systems in education such as writing in notebooks and sitting on chairs, in relation to evidence of accumulation and change. Kushala received a MFA from The School of the Art Institute of Chicago. She holds a post-graduate diploma in Modern and Contemporary Indian Art History and Curatorial Studies from Dr. Bhau Daji Lad Museum in Mumbai and a BFA from Tufts University/ The School of the Museum of Fine Arts, Boston. Her work has been exhibited at Museum of Fine Art, Nagoya, Japan; Museum of Contemporary Art, Detroit; Mana Contemporary, Chicago; Harvard University, Cambridge among other places. She has been an artist-in-residence at Vermont Studio Center, ACRE Residency, and Søndre Green Farm.

Elizabeth Lalley is a Chicago-based writer, curator, and the assistant director of Goldfinch Gallery. She received an MA in museum & exhibition studies from the University of Illinois-Chicago, and a BA in literature from the University of Michigan. She has worked for the Chicago Artists Coalition, the Smithsonian Center for Folklife & Cultural Heritage, and the University of Michigan Department of English. She is a curatorial fellow with ACRE (Artists’ Cooperative Residency and Exhibitions) and a contributor to Newcity and Chicago Artist Writers. 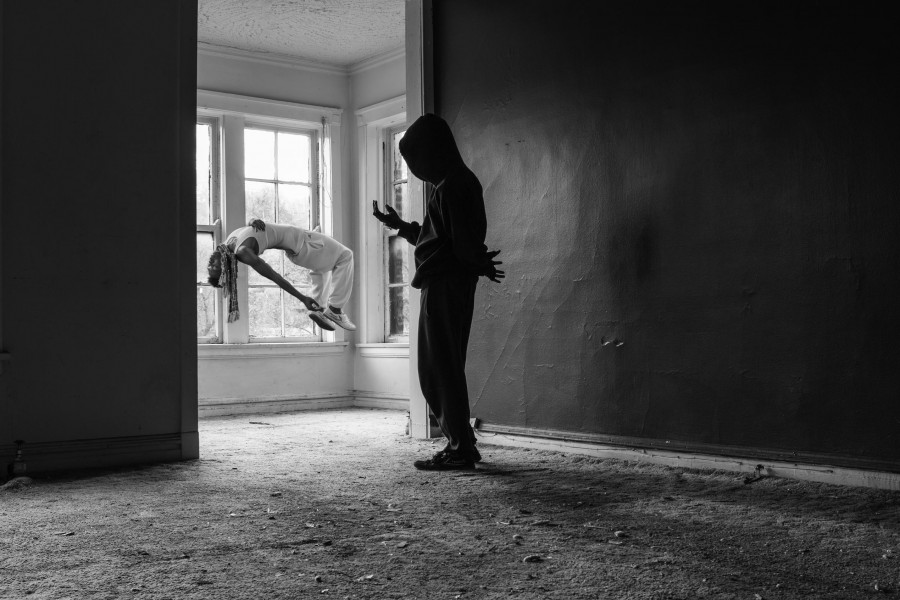