Tap into your intuitive abilities and shed light on some of your most burning unknows as a “Group Oracle” participant. You’ll discuss empowering questions vs. questions that give your power away. You’ll experience a two-part guided meditation that will help you first, manifest an oracle reading that resonates with you and second, receive an oracle message for someone else. You’ll then create an oracle “art card” that someone else will receive, after which Rhonda will guide you in intuitively selecting the card meant for you but made by someone else.

BIO
Rhonda Wheatley is a multidisciplinary artist, educator, energy healer, and intuitive reader whose projects are grounded in the speculative and metaphysical. She connects with the public through her visual and written works, workshops, and interactive performances to promote healing and consciousness expansion.

Wheatley’s recent projects include group shows at the DePaul Art Museum, Lake Forest College, and Art League of Houston; a solo show at Hyde Park Art Center; an In Progress series performance at the Museum of Contemporary Art; and workshops at The Logan Center, Chicago Artists Coalition, Gallery 400, ACRE, and more. Wheatley recently received the CAC Maker Grant’s inaugural Coney Family Award and a 3Arts ‘Make a Wave’ Grant, and she teaches at Indiana University Purdue, Indianapolis and Hyde Park Art Center. She received a BA from Loyola University and an MA from DePaul University. 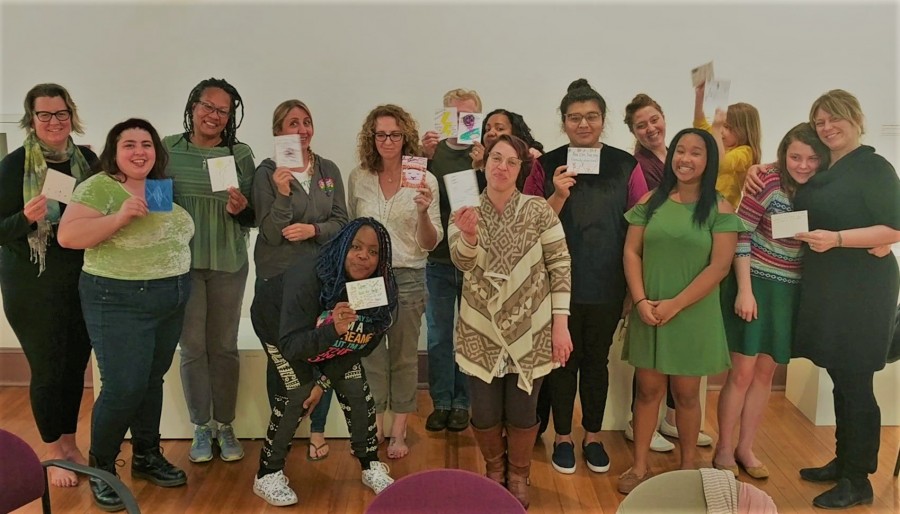