Join us for two films by the groundbreaking Bay Area-based filmmaker Marlon T. Riggs (1957-1994). Released 30 years ago, Tongues Untied (1989) vigorously mixes poetry, music, performance, pop culture, and wrenching testimony as a powerful affirmation of desire in black gay life. Along with his seminal final film Black Is…Black Ain’t, both films extend the project of questioning definitions of “Blackness” while centering queerness and Riggs’ own experience of living with AIDS.

“As we say good bye (for now) to the 1980s and look towards the 1990s, this month we’ll be showcasing the work of another out director, Marlon Riggs. Riggs, like so many others, would ultimately succumb to AIDS in the early 1990s but not without leaving a brief but indelible presence within the LGBTQ film canon. So far this year, we’ve seen many examples of the AIDS epidemic portrayed in both fictional and documentary work, but few even begin to fathom that AIDS effected more than just affluent white gay men. We’re fortunate that Riggs’s documentaries exist which utilize poetry, dance and music to allow us to see and reflect on how other communities lived, both as LGBTQ people and as HIV positive people. We’ll begin to challenge our own perceptions of what constitutes as a “universal LGBTQ identity” in culture. Keep this in mind as we go into the new year where we’ll finally be seeing feature films about more LGBTQ black and POC characters as well as discovering films outside of the western developed world.” ––Hiromi Ueyoshi

Hiromi Ueyoshi is a multi-disciplinary artist and musician. She is currently the sole programmer of Queer Film Series, a chronological exploration of LGBTQ representation in mainstream film. 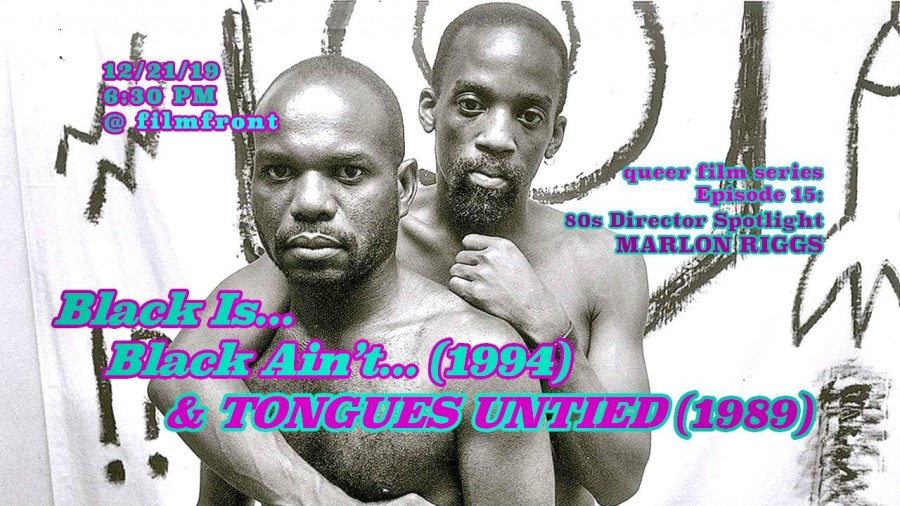