Jazz and the L.A. Rebellion in 16mm

A loose collective of students and faculty working out of UCLA’s graduate film program, the group of filmmakers who comprised the L.A. Rebellion would produce a body of work that was wide-ranging in its aesthetic strategies and generic interests but maintained a consistent focus on the African American experience and artistic life. Undergirding so much of the work produced by this diverse group of filmmakers was the influence of jazz. One of the most indelible films made by “Killer of Sheep” director Charles Burnett, “When it Rains” (1995) follows a saxophonist as he does his best to help his community throughout one very hectic day. Daughters of the Dust director Julie Dash has long cited jazz as a primary influence and one need look no further than her dance film “Four Women” (1975) and “Illusions” (1982), her breakout short on passing for white in Hollywood, for evidence. Inspired by musicians like Wayne Shorter and employing an associative, exploratory structure, Ben Caldwell’s “I & I: An African Allegory” (1979) searches for a cinematic analog for jazz’s expressive freedom through improvisational actions and documentary insertions, resulting in a maximalist experimental masterpiece. The Chicago Film Society is proud to present this collection of essential short subjects in collaboration with the Jazz Institute of Chicago. (CW)
Approx run time 88 min • 16mm from Milestone and UCLA 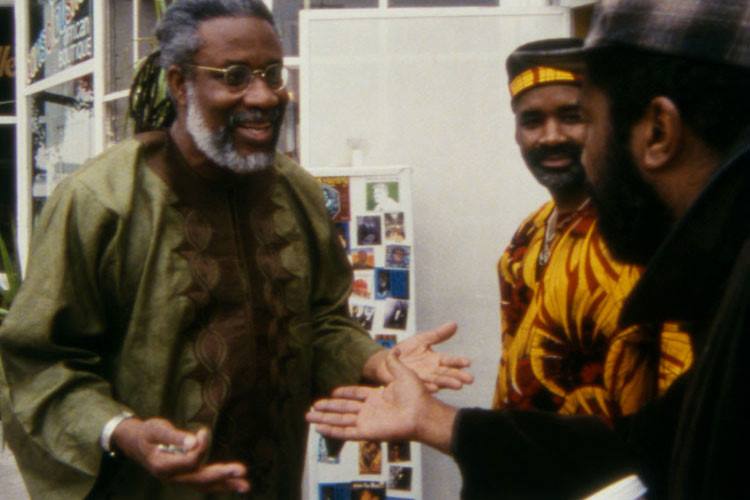