December’s Drink and Draw will be led by Veronica Siehl, well known for her cyanotypes!

* In 1987 Blue Man Group was founded in New York.
* In 1963 Bobby Vinton released the hit song Blue on Blue.
* From 1901-1904 Picasso went through his Blue Period, making monochromatic paintings of that color.
* In 1871 the earliest recorded version of the bridal poem “Something old, something new, something borrowed, something blue” appeared.
* In 1843 Anna Atkins published Photographs of British Algae using the alternative photographic process of cyanotype; as the name suggests, the prints are blue in color.
* Around 1840 the Satin Bowerbird was discovered; the males in this bird species are a deep shiny blue color and during courtship build structures called bowers, decorating them with blue objects.

Using the above and anything blue (Delftware, Brilliant Blue FCF, Smurfs, deep sea diving etc.) as our inspiration, we will create monochromatic imagery.

We’ll provide a range of blue pens, markers, pencils and paper, from light cyan to deep navy. Help us round out our one-night Blue Period by bringing your favorite blue knick knack or additional blue materials for inspiration, drawing on, or drawing with.

Veronica Siehl is an artist and printmaker based in Chicago. Siehl received her MFA in printmaking from the University of Tennessee (2010) and her BA in Studio Art from Beloit College (2006). Siehl’s work has been shown in various cities including Chicago (IL), New Orleans (LA), Poznan (Poland), Olympia (WA), and Knoxville (TN). Her multidisciplinary studio practice includes printmaking, alternative photo processes, drawing, writing and installation.

Drink & Draw is a low-key drop-in social workshop devoted to drawing practices. There are no pretensions, no prerequisites, and newcomers are always welcome. Bring a sketchbook and basic drawing materials, and invite your friends! Drink & Draw occurs the first Wednesday of every other month and features a special theme and a guest artist. Admission to Drink & Draw is a $15 suggested donation. The event is BYOB, but we do have some wine and beer available with a donation. 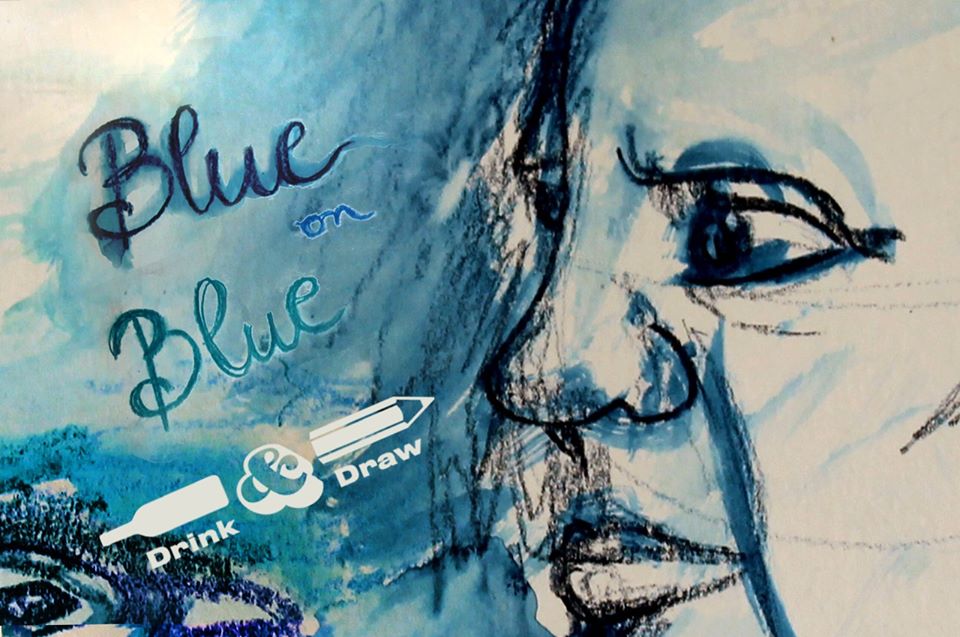