The Peanuts Papers is a one-of-a-kind celebration of America’s beloved comic strip—and the life lessons it can teach us—from a stellar array of writers and artists. Join us for a fun-filled night of Peanuts discussion and appreciation with Andrew Blauner, editor of the anthology, and Chris Ware, contributing artist and writer. Books will be sold and signed at the event.

About The Peanuts Papers: Charlie Brown, Snoopy & The Gang, and the Meaning of Life (Library of America; Oct. 22, 2019)

Over the span of fifty years, Charles M. Schulz created a comic strip that is one of the indisputable glories of American popular culture—hilarious, poignant, inimitable. Some twenty years after the last strip appeared, the characters Schulz brought to life in Peanuts continue to resonate with millions of fans, their beguiling four-panel adventures and television escapades offering lessons about happiness, friendship, disappointment, childhood, and life itself.

In The Peanuts Papers, thirty-three writers and artists reflect on the deeper truths of Schulz’s deceptively simple comic, its impact on their lives and art and on the broader culture. These enchanting, affecting, and often quite personal essays show just how much Peanuts means to its many admirers—and the ways it invites us to ponder, in the words of Sarah Boxer, “how to survive and still be a decent human being” in an often bewildering world. Featuring essays, memoirs, poems, and two original comic strips, here is the ultimate reader’s companion for every Peanuts fan.

ANDREW BLAUNER is an editor, writer, and the founder of Blauner Books Literary Agency. As an anthologist, he has edited eight collections including Coach: 25 Writers Reflect on People Who Made a Difference, Our Boston: Writers Celebrate the City They Love, and In Their Lives: Great Writers on Great Beatles Songs. He is also the co-editor of For the Love of Baseball: A Celebration of the Game that Connects Us All. His writing has been published in the New York Times, and he has appeared on a wide array of media outlets. He is a member of PEN American Center, National Book Critics Circle, The Authors Guild, Association of Authors’ Representatives and the Society of American Baseball Research.

CHRIS WARE is an award-winning graphic novelist known well for his New Yorker magazine covers. He’s hailed as a master of the comic art form and his complex graphic novels tell stories about people in suburban Midwestern neighborhoods, poignantly reflecting on the role memory plays in constructing identity. Titles include Jimmy Corrigan, The Smartest Kid on Earth, Quimby the Mouse, The Acme Novelty Library, Building Stories, Rusty Brown and more. 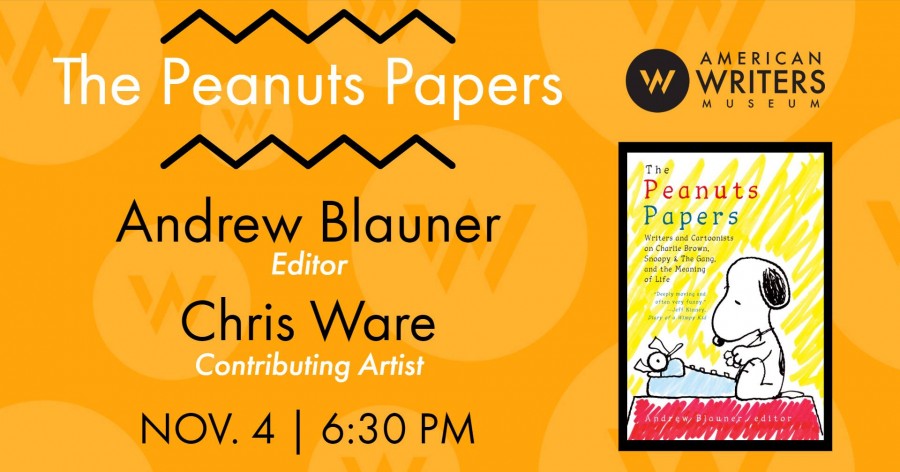