The Intuitive Language of an Extended Hand

On view through Sunday, December 8th

Caught in the undertow and too weak to fight the tide, I saw an adolescent dolphin trapped in a holding pattern with the sea. Battered, the animal struggled to break away from the rough waves that lapped at the shore as they sucked the body inward. The violence of an impending storm was too much for her weak body, which had previously collided with a jagged mass of nearby rocks. The dolphin was pulled to shore as a family of three ran to her side, freeing the small creature from where she lay on the sand and guiding her back into the water. The encouragement allowed her to swim out, but not far. Again she returned to the shore after several minutes of labored movement. With each return, more observers gathered, concerned for her rapidly decreasing strength. After an hour or more passed, the dolphin had no more fight. Her tired body could no longer swim against the choppy waters, and she remained locked to the stable sand. In a final act, the small group encircled the dolphin, each resting a hand on her body in silent, understanding commune.

In the exhibition The Intuitive Language of an Extended Hand three artists contribute sculpture, drawings, paintings, and video that explore the relationships of longtime animal companions. The works’ marks, brush strokes, and impressions are informed by the physical gestures needed to communicate with non-human animals. These material expressions are often directly borrowed from the way each artist explores their relationship with horses, dogs, and goats, tender recognition of years of mutual care.

Emilie Gossiaux creates drawings and sculpture that activate internal imagery through touch, using thick materials such as paper pulp and wax crayons to physically recall the shape and scale of a person or animal. In her work “Dancing with London,” two dogs stand on their hind legs, their twin paws extended as if seeking to be clasped with Gossiaux’s hands. The work is in response to her six-year relationship with her guide dog London, a tribute to her longtime friend. “When I draw London, I think about the way she moves her body, and about her personality,” explains Gossiaux. “I think that is how she communicates with me, through gestures and movement, and I try to capture those things in my representations of her.” To show affection, London will often rest her head on Gossiaux’s feet, hinting that wherever she moves, she is sure to follow. While creating the two works, Gossiaux would engage with London’s form, constantly rubbing her paws, tail, belly, legs, and nose, to build up the texture of her fur on the sculptures’ bodies. The works are each larger than London, monumental forms meant to be statuesque and permanent.

Dominique Knowles marks canvas with the memory-imbued outlines of horses at large-scale, borrowing similar gestures used while caring for horses at home in The Bahamas. Small scale drawings merge these horses with photographs of he and his horse Tazz, images of his earlier years with the horse convening with abstracted landscapes. In addition to painting and drawing, Knowles also writes about his relationship with Tazz, creating poems, prayers, and eulogies that give thanks to their bond and evoke the sensoriality manifested in his visual depictions. Each medium recalls Knowles’s visceral recollections of touching and interacting with Tazz, like their spines touching while he is on horseback—this unity creating a new sort of dance. “I’ve touched Tazz’s anatomy an innumerable amount instances and have felt his musculature along my body for such a length of time, that drawing the contours of him and evoking his impulsion in painting are second nature,” says Knowles. “The horse really is a conduit to experience the spiritual and earthly realm as love.” Knowles’s largest work in the exhibition is a painting created on site inspired by Tazz.

Danielle Rosen’s practice engages with acts of mutual care, examining the ways human and non-human animals co-produce worlds. Rosen’s work with animals involves body language and touch, a way for them to consider both the animal’s physiology and triggers, while seeking to heal trauma. “Spending time with non-human animals is how I find community, connection, and mutual care,” says Rosen. “Non-human animals do not want anything from me other than kindness, and I do not want anything from them other than their friendship. It is empowering to be in connection with other animals without taking. On the other hand, it is important to not flatten care or ethical complexities by ignoring the undercurrent of violence within structures of domestication.” Rosen includes sculpture formed in collaboration with goats from Chicago and at Farm Sanctuary in New York, sheep on a milking farm in Vermont, and their dog Cliff, who has been with them for eight years. In these pieces, Rosen uses active material agents that change over time, collapsing the spaces of touch provided by Rosen, the animal, and audience. A bronze salt lick holds the sumptuous and repetitive patterns of goat tongues, while a gnawed cow hoof reveals the marks of deep canine impressions. Each sculpture is presented on a stack of compacted and packaged chicken feed, plinths that will be dismantled and donated to the Chicago Chicken Rescue at the end of the exhibition.

Emilie Louise Gossiaux is an interdisciplinary artist who currently lives and works in New York City. Gossiaux makes drawings, paintings, sculptures, and installations to represent other methods in which she can experience vision, such as through dreams, personal memories, and verbal descriptions. Creating works based on internal imagery, she relies on her sense of touch and proprioception to recall the shape and scale, or the weight and physicality of a person, place, or thing in relation to her body. Working through this process, Gossiaux builds emotionally and psychologically resonant objects, and spaces that are uncanny, humorous, intimate, and sincere. Emilie Gossiaux earned her BFA from the Cooper Union School of Art in 2014, and her MFA in sculpture from Yale University in 2019.

Dominique Knowles is a Master of Fine Art candidate in Painting at The School of the Art Institute of Chicago, upon receiving the New Artist Society Award in 2018. He received a BFA in Studio from the School of the Art Institute of Chicago in May 2017. His work has shown in The United States, Europe and The Caribbean. Recent exhibitions include, Ode to Tazz, a solo exhibition at The Green Gallery East in Milwaukee Wisconsin, In the Warmest Glance of the Sun, a solo show at The National Art Gallery of The Bahamas, group exhibitions Übersee at Halle 14 in Leipzig, Germany, With a Capital P: Selections by Six Painters at the Elmhurst Art Museum, as well as The Map is Not the Territory (Josh Dihle, Mika Horibuchi, Dominique Knowles, Robyn O’Niel, Ryan M Pfeiffer + Rebecca Walz and Nancy Spero) at Andrew Rafacz Gallery. He has curated group exhibitions such as, When The Sun Drowns In The Ocean, at Popop Studios, as well as Nandi, at The Condo Association in Chicago. Knowles was an artist in residence at Liquid Courage Gallery in The Bahamas.

Danielle Rosen is an interdisciplinary artist who has been living and working nomadically on farms, farm sanctuaries, and artist residencies around the world. In addition to exhibiting nationally and internationally, Rosen’s work has been published or reviewed in various publications including Inside|Within, Jubilat, Rescue Press, Pigeon: A Radical Animal Reader, Ugly Duckling Presse: Emergency Index, Ghost Town Literary Magazine, Chicago Reader, Bad at Sports, Voyage Chicago, Foundwork, and Newcity. They operate from the position that questions of animality are not binary but rather a tangle of ecologies and richly complicated identities, framed by culture. Rosen views these queer ecologies as a mechanism to imagine flourishing beyond normative categories and taxonomies in order to recognize kinship through an embrace of multiplicity, physicality, and mutation(s). Rosen received a BFA from the Milwaukee Institute of Art and Design in 2011 and MFA from the University of Chicago in 2013. 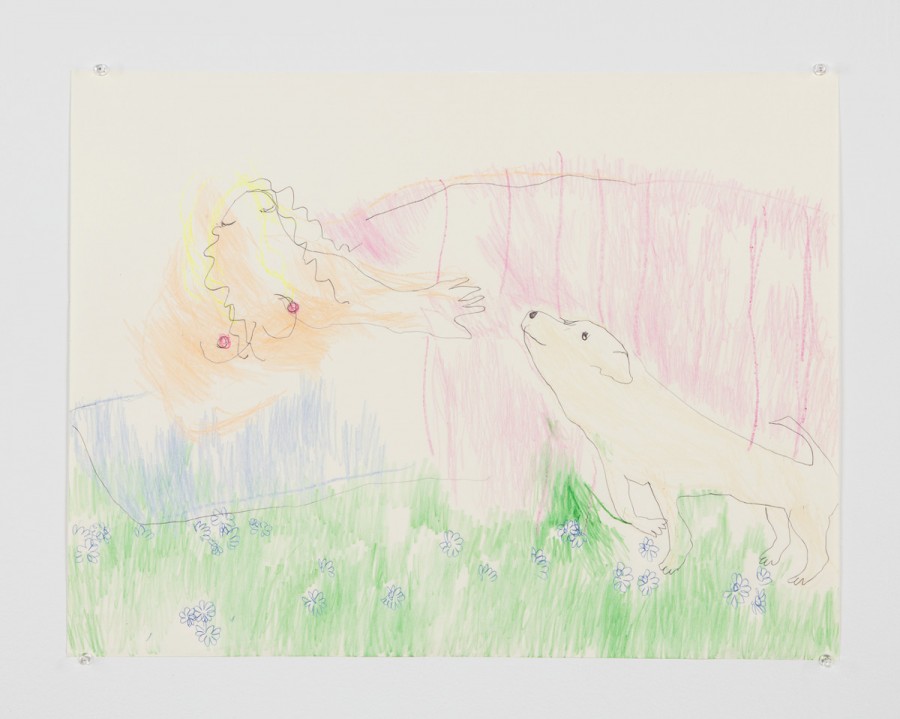