If you missed the opening, join us for the closing!

Santina Amato is a multimedia artist whose work addresses the notion of the intimate body, especially the female body. Her practice incorporates video, sculpture, installation, painting and photography and is deeply rooted in psychoanalytic thinking and feminist theory, attempting to translate the complexities of her own female sexuality, desire and erotica within a patriarchal system. As a material focus, her interest in using bread dough within an interdisciplinary artistic dialogue, is its life cycle. Once activated by warm water and sugar, yeast cells split and divide in a process reminiscent of when an egg is fertilized by sperm. There is a peak moment when dough is voluptuous, full, and ripe just before it begins to ‘die’.

Amato was born in Australia to Italian immigrants, and has lived and worked in the USA since 2010. She received an MFA (Photography) from the School of the Art Institute of Chicago (2017) and a BFA (Painting) from the Victorian College of the Arts, Melbourne Australia (2009). Her first solo exhibition in the USA titled Monster, was supported by the Illinois Arts Council Agency (IACA), 2018 Individual Artist Support Project Grant and exhibited at Heaven Gallery in Chicago, IL. Amato is currently working on creating new portraits in her ongoing series Portraits of Women With Their Weight in Dough supported by the City of Chicago’s Department of Cultural Affairs & Special Events (DCASE), 2019 Individual Artists Program (IAP) Grant.

This series of photograms stems from porcelain pieces I made using plant cuttings gathered during an École du Breuil d’Horticulture artist residency in Paris. I dipped the cut botanicals in porcelain slip then fired the plant-forms coated with translucent clay in a ceramic kiln. After being fired the pieces resembled hollow bonelike specimens, a visual hybridization of flora to fauna. I held the translucent porcelain pieces up to sunlight seeing hints of the past. Revealing the works history through the process of capturing light on photographic paper creates another metamorphosis of the loss and change. From memory I have painted a migration of pigment onto the photograms referencing place and color that surrounded the lifeforms original habitat before they were moved. My work ask the viewer to consider the fragility of nature, recognizing its beauty, importance and taking steps to preserve it.
I am a visual artist unbound to any one medium. My work ebbs and flows between research, process and materials I choose to work with. I consider how can we relearn desire to coexist within our natural world while the symbiotic relationship we share with other lifeforms informs the connections and disconnections on the horizon.

Christine Forni’s work is based on the many ways light interacts with the physical world. She’s a multidisciplinary artist working in sculpture, alternative photography, drawing, and installation. Forni exhibited at venues such as Ueno Royal Japanese Art Museum, DeCordova Sculpture Museum, Rockford Art Museum, Hyde Park Art Center, Piedmont’s Museo di Scienze Naturali to Ukrainian Institute of Modern Art.
Forni, a midwestern artist, lives in Chicago. In 2015, she uprooted her life to study abroad at Paris College of Art. While overseas she exhibited a series of photograms at Academia Romana and was invited as a guest speaker to the international physicists conference on Constructal Law in Bucharest. Forni’s landscape installations began in Paris during an artist residency at École du Breuil d’Horticulture where she researched Parisian gardener’s organization of native and non-native plants collected from around the world. Concurrently she had a residency at Muséum National d’Historie Naturelle there she documented and drew details of bones specimen similarities amassed by naturalist during the colonial exploration period.
Born in Cleveland, she spent her younger years in the industrial cities of Pittsburgh and Detroit while living next to a forest preserve. She helped her grandmother create a living plant specimen collection overtaking their formal dining room; with her grandfather she planted vegetables and grafted trees in their victory garden to feed the family. Forni experienced a dichotomy of industrial backdrops along with time spent around nature and plants in domestic settings, these layered alternate environments inspired a fascination around human interpretations and interactions within the natural world informing Forni’s practice today.

Meg T. Noe
eternal light explores the aesthetics of the American cemetery landscape as a site of commercialized grief, layered with romance and rests in peace. 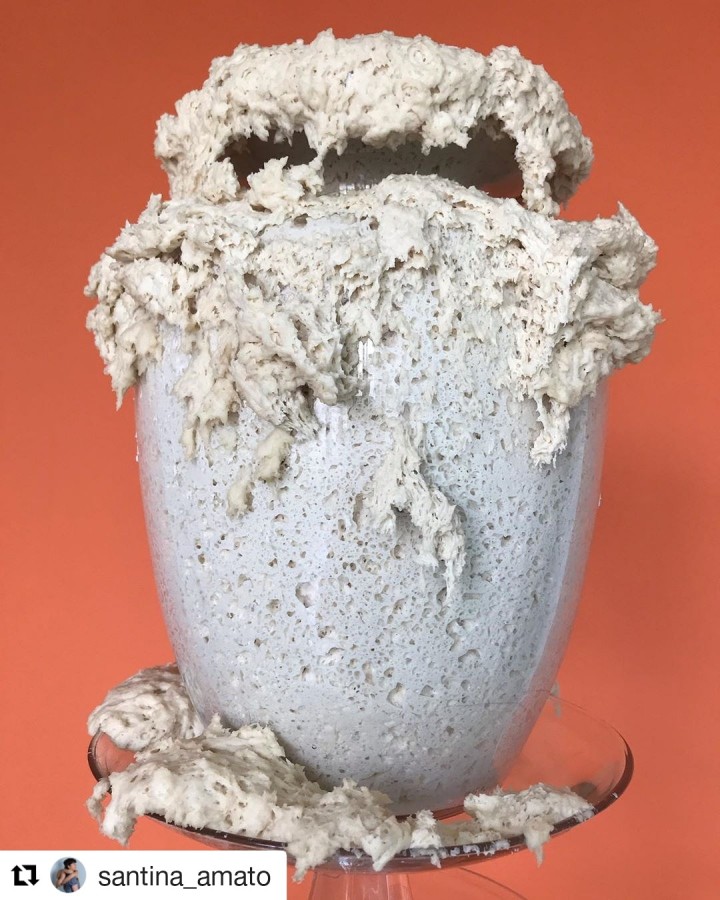