About the book, Pope.L: Campaign
This book is a three-part report on a collaboration between artist Pope.L (born 1955) and curator Dieter Roelstraete exploring issues of connectedness, home, migration and art’s relationship to knowledge.
It began in the spring of 2016 with an invitation, extended to the artist by Roelstraete, Monika Szewczyk and Adam Szymczyk, to participate in the 14th edition of Documenta. Pope.L’s contribution was the immersive sound installation Whispering Campaign, consisting of thousands of hours of whispered content addressing nationhood and borders, and broadcast throughout Athens and Kassel using both speakers and live “whisperers.
A month later, a second chapter of the campaign was inaugurated at the University of Chicago’s Logan Center for the Arts, curated by Yesomi Umolu , revolving around the Brown People Are the Wrens in the Parking Lot project. In this volume, Zachary Cahill looks back upon this complex enterprise, which involved an art exhibit, a DIY media campaign, a thematic library, video interviews and a series of events ranging from impromptu performances and DJ sets to a program of presentations and debates.
The third and final chapter of the artist’s campaign unfolded as a course cotaught at the University of Chicago by Pope.L and Roelstraete, titled Art and Knowledge, which sought to address one of Whispering Campaign’s catchiest and most puzzling slogans—namely, “ignorance is a virtue.” Students were invited to contribute their observations concerning art’s sometimes proudly tenuous relationship to knowledge. 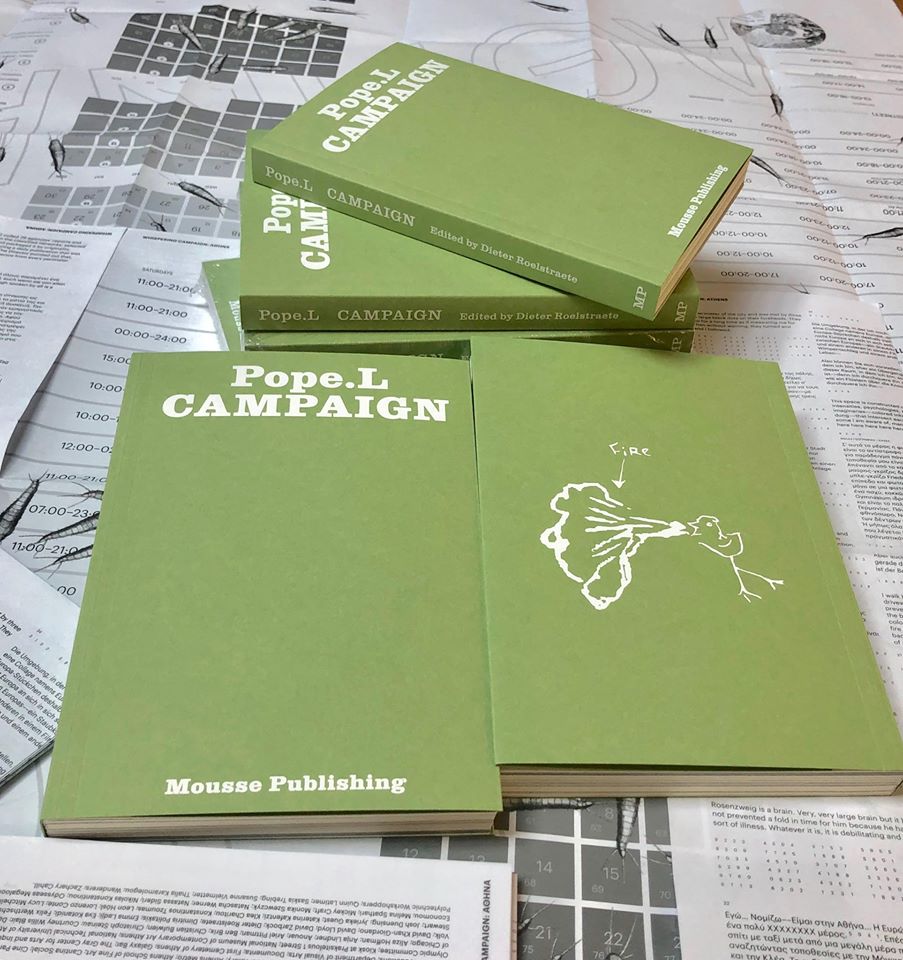