Poonie’s Cabaret is back and bigger than ever!

Poonie’s Cabaret is named after the late great Chicago choreographer, Poonie Dodson, who died of AIDS in the early 90’s. Poonie’s Cabaret welcomes all forms of expression and anything which cannot be defined but can be thoroughly enjoyed.

Curators invited by Links Hall select the works shown from among local Chicago artists and proceeds go to the Dodson / Erley “Coming Out of the Closet” Fund. 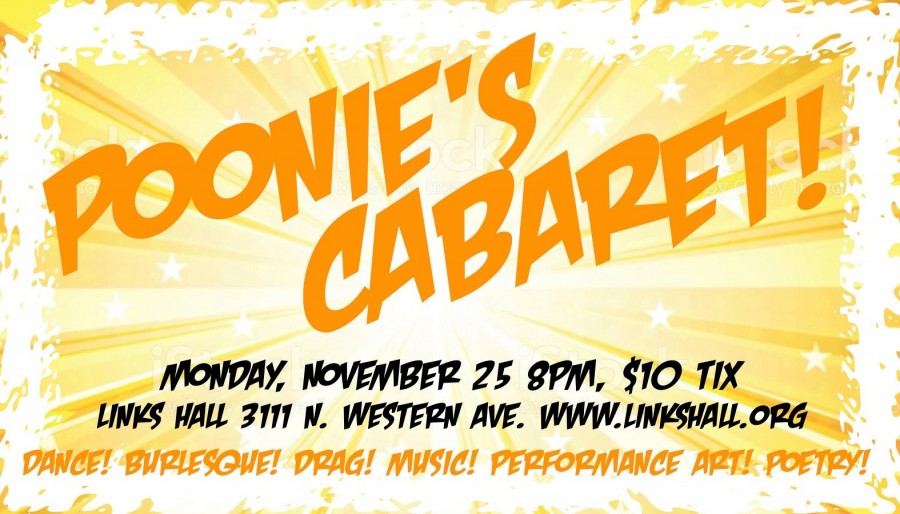