Trikone Chicago is pleased to present Alpo Jana Golpogulo – Lesser-Known Stories, hosted by the School of the Art Institute of Chicago, in collaboration with SAIC Departments of Performance, Art History, Theory and Criticism, and Professional Experience-CAPX. Join us for a film screening, followed by a discussion with the protagonist and community leader, Sumi Das.

Trikone Chicago is also conducting a fundraiser in conjunction with the event. All funds collected will go towards Moitrisanjog.
Fundraiser link: https://www.gofundme.com/f/moitrisanjog

About the film:
‘Alpo Jana Golpogulo – The Lesser Known Stories’ is a documentary which tells the stories of people who are marginalized by society in multiple ways – due to their gender and sexual identities, their rural, Dalit, or working class backgrounds, and their distance from urban middle class and “upper” caste society. This documentary is based in Coochbehar, a district in the northern part of West Bengal – a politically and historically marginalized area. It is a pioneering representation of the trans, kothi, meti and hijra communities in the northern part of the state, which otherwise remain unseen, their voices unheard.
In ‘Alpo Jana Golpogulo – The Lesser Known Stories’, the characters are real and they talk of the circumstances they are living in. This documentary chronicles the journey of a few such people. These stories are not of dreams lost or hopes shattered, but of sheer grit, optimism and continuous struggle of survival and securing a place of dignity in the society with their gender identity. It also raises the issue of livelihood for trans feminine people, exploring how these people have fought to establish alternative income avenues due to discrimination in ‘mainstream’ occupations. Presented by Moitrisanjog Society, Coochbehar, an organization working for the rights of transgender people there, ‘Alpo Jana Golpogulo – The Lesser Known Stories’ is directed by independent documentary film maker and journalist Sudarshana Chakraborty.
About Moitrisanjog:
Moitrisanjog, meaning “a network to connect friends,” was officially registered under Society Act as a CBO in the year 2011. The
society is committed to protest the violence against the queer community. Its main objective is to provide a supportive network to ensure that everyone from the queer community gets equal opportunity, rights and entitlements to grow as a human being with
dignity and respect. Our society strives to provide financial security to the community through establishing alternative livelihoods such as the craftsmanship program. We also provide community members with health, counseling and legal-aid services. We advocate for equal access to education, employment etc. Besides, we organise awareness programs in the larger society to fight against discrimination and violence.
About Sumi Das:
Sumi Das is the founder of Moitrisanjog Society, the only organization that works for the labour rights of kothi, hijra and transgender groups in North Bengal. Sumi has been working for the economic empowerment of her community. She has led her collective in producing a film, Alpo Jana Galpagulo or The Lesser Known Stories, about this journey. As a Bahujan person, Sumi believes her struggles are also linked with other struggles. So she is associated with many other social movements including students rights, environment and anti-caste struggles. 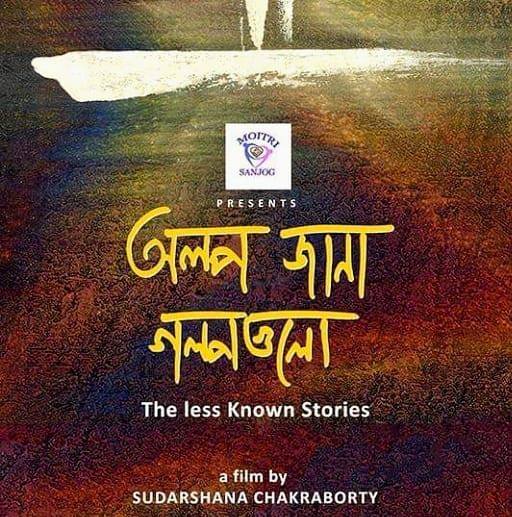