Melanie Smith will deliver an overview of her latest projects, and discuss how the palimpsest functions in her work as a way of bridging different moments of Modernity and geopolitics. She will also discuss the different operations behind the ideas of Farce and Artifice, the title of her most recent MACBA exhibition and publication.

Melanie Smith was born in England in 1965. She lives and works between Mexico City and London. Her work, in diverse media, has reflected on the extended field of painting within the history of art and its entanglement with moving image. In earlier pieces she illustrates the idiosyncrasies of multitudes, chaos and aberrant forms within urbanism. In later pieces she explores the relationships between precariousness, life, nature and the forms of violence that characterize contemporary industrial society. The spiral is a recurring form of thought mode, working as a double helix that encompasses and constellates relationships between the city, body, archaeology, tragicomedy and nature. She is interested in the fragments that do not add up, like stories that do not have a beginning or an end, and productions behind the scenes that alude to political farse. Mostly, her work shatters any rational significance of production, as a way of thinking through contingent forms and being.

Presented by the Open Practice Committee of the Department of Visual Arts, University of Chicago 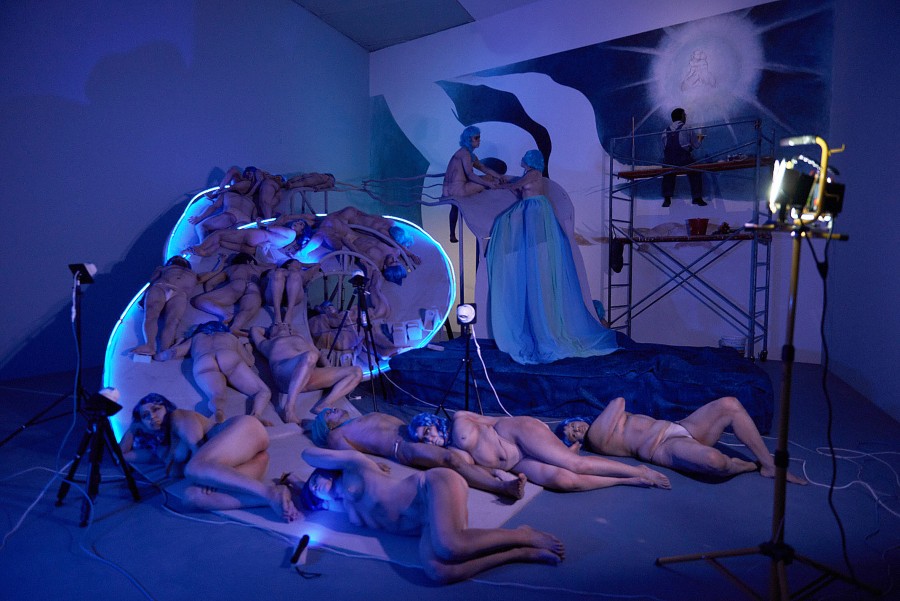