Abstraction has been a recurring strategy in Latin American visual cultures since long before the European Conquest. Over the past century, and often in dialogue with artists elsewhere, Latin Americans working in diverse media have explored both abstraction, or in the case the Concrete art movement, who rejected the term “abstract” art as too suggestive of a link to a figurative
realm that is being abstracted, “pure” explorations of color and form. Not surprisingly, filmmakers have participated actively in this process of exploration, often in collaboration with artists from other media. Enrique Pineda Barnet’s Cosmorama (1964) uses the kinetic sculptures of the Romanian-Cuban artist Sandú Darié Laver as a point of departure, much like the way Luís Ernesto Arocha’s AZILEF (1971) draws on the process of Colombian sculptor Feliza Bursztyn. Other filmmakers proceed from urban and architectural references, such as the Cathedral of Notre-Dame in Teo Hernández’ Nuestra señora de Paris (1981-1982), and render these in ways that cross back and forth between abstraction and recognizable representations, while still others reference the altered sensory perceptions and exaggerated color palettes of psychedelic experiences. Laborde’s As within so without documents the reflective surfaces of the filmmaker’s inscrutable sculptures. Together, like the diverse approaches of the concrete, neo-concrete, geometric abstraction, “grupo Madí,” “grupo Ruptura,” and other movements in the visual arts, these filmmakers pursue colors, light, shadows, and forms as the basis for their work.

About: Ism, Ism, Ism is the first comprehensive, U.S.-based film program and catalogue to treat the full breadth of Latin America’s vibrant experimental film production. The film series will feature key historical and contemporary works from Argentina, Brazil, Bolivia, Chile, Colombia, Cuba, Ecuador, Mexico, Paraguay, Peru, Uruguay, Venezuela, Puerto Rico and the United States. Revisiting classic names and forms from the experimental canon, the exhibition daringly places them within a completely novel scope and breadth. From innovative works by Brazilian artist Hélio Oiticica and Mexican photographer Manuel Álvarez Bravo to the breathtaking, yet practically unknown, oeuvre of queer Ecuadorian filmmaker Eduardo Solá Franco, the exhibition takes both the aficionado and open-minded viewer through a journey into a wealth of materials culled from the forgotten corners of Latin American film archives.

In Partnership with the Block Museum. 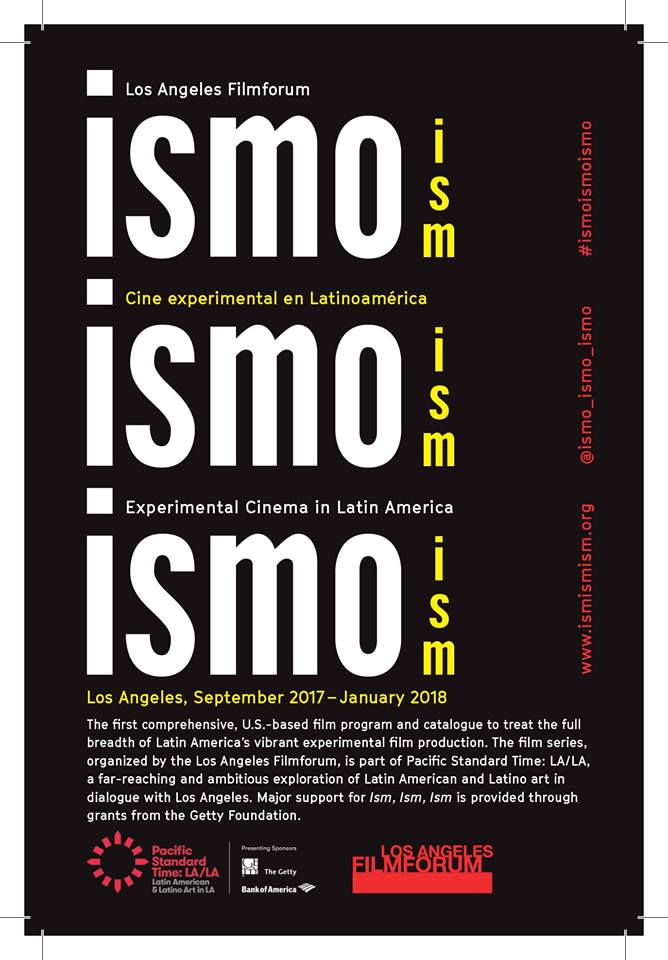