For 25 years, Emily Vey Duke and Cooper Battersby have been producing one of the most singular and exciting bodies of work in experimental cinema. Their videos combine animation, wry humor, and custom-written songs into interwoven vignettes that explore the perplexities, heartaches, and fleeting wonders of the contemporary world. This program features a selection of Duke and Battersby’s earlier work, as well as their most recent video, You Were an Amazement on the Day You Were Born, which tells the story of a fictional woman, from her birth in the 1970s to her death in the 2040s—a life, the artists write, that is “characterized by damage and loss, but in which she finds humor, love, and joy.”

Beauty Plus Pity
(2009, digital, 15 min.)
Beauty Plus Pity sets a colourful single-channel video within a lush viewing environment populated by costumed taxidermic animals. Presented in seven parts, the video considers the potential for goodness amidst the troubled relations between God, humanity, animals, parents and children. While an animated cast of animal “spirit guides” quote Philip Larkin’s poem, This Be the Verse, and implore us to “get out as early as you can” from life and our parents’ grasp, a hunter dreams of a zoo where he might lie next to tranquilized animals calmed of their savagery. A senile and unstable God stumbles, forgets to take his medication, and turns frost into diamonds. Beauty Plus Pity contemplates the shame and beauty of existence; it is part apologia, part call to arms.

Film theorist Eli Horwatt writes “You Were an Amazement… conveys how the human animal’s ineluctable death drive can be the source of both profound comedy and tragic cruelty. In the many stories relayed across this short but voluble film, viewers are invited into an intimate identification with the experiences of marginalized others.” 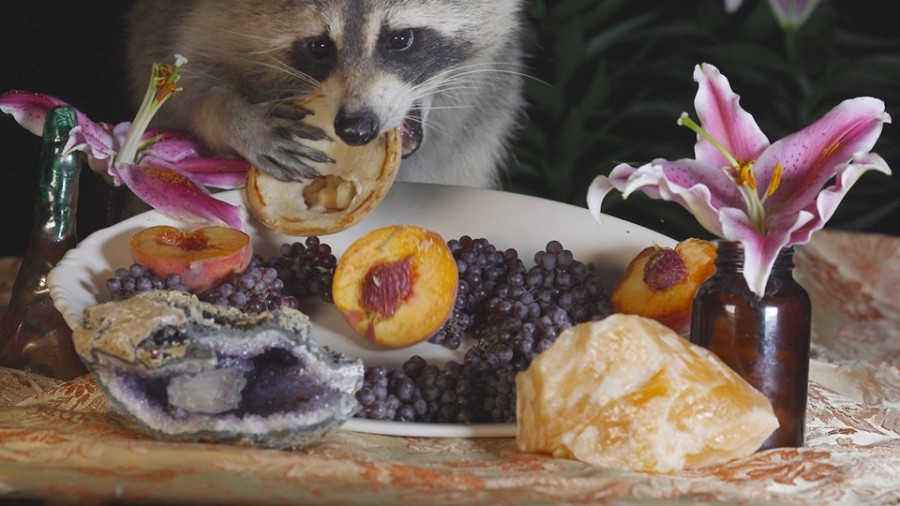